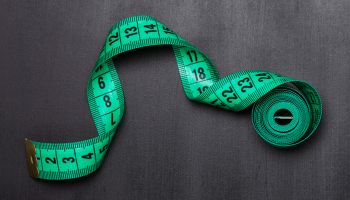 New research from TransUnion supports proponents of "alternative data," nontradiitional financial measures that credit bureaus have been adding to their offerings for lenders.

When the term “alternative data” comes up, it may call to mind things you’ve heard about evaluating a consumer’s creditworthiness based on highly atypical factors such as their social media presence. But between those edgier measures, and the traditional ones that credit bureaus have helped banks with for years, lie many truly financial, yet little-used, factors.

Recent research by TransUnion supports the view that there is an intersection between two forces for increased adoption of alternative data by lenders:

1. The growing push to bring credit to more people.

2. Lenders’ deeper and deeper digging for fresh markets in which to extend consumer credit.

TransUnion notes that while there were 26 million additional personal, auto, and credit card loans made in 2015 over the year earlier, this compares to estimates by the Consumer Financial Protection Bureau that 45 million Americans cannot access mainstream consumer credit.

At the same time, TransUnion’s survey reports that 74% of lenders polled say they are finding it difficult to acquire new credit customers. A key issue identified by three quarters of the sample is that most people who score well under traditional credit data evaluation are well-known now and have become “saturated with offers,” in the company’s words.

In fact, almost paradoxically in this context, seven in ten respondents said that consumers with acceptable credit scores are in danger of becoming over-extended as offers pour in.

Yet there are other consumers who would like to borrow, but haven’t to date, at least not from mainstream lenders. For many years some consumerist groups have urged lenders to evaluate the underbanked and others who have not enjoyed much access to credit via traditional evaluation methods. Often, these people are referred to as part of the “thin file population,” or even the “no-file” population.

The argument is that using alternative data—such as records of how people handle checking accounts, rent payments, and utility payments—can be a guide to potential credit behavior. The intent is that people who have not had access to mainstream credit can be shown as good risks through their other financial behavior.

The operative point is that these nontraditional factors be used in both directions—that is, either to upscore or downscore an applicant, according to Mike Mondelli, TransUnion senior vice-president of alternative data services. This is essential, because in an era of fair-banking and UDAAP nothing can be seen as engineering people into a relationship—both perception and reality must be on the up and up.

“It’s a different regulatory environment today that it was five years ago,” says Mondelli, who previously worked for L2C, Inc., an early innovator in predictive analytics using alternative data that TransUnion acquired in 2014. Regulators will not accept using alternative data only to bring people into the credit fold.

Mainstream lenders have been urged for some time to look beyond long-accepted credit behavior measurements. For example, in a 2012 paper, A New Pathway To Financial Inclusion: Alternative Data, Credit Building, And Responsible Lending In The Wake Of the Great Recession, the Political and Economic Research Council (PERC), a longtime backer of adoption of alternative data, found that the information usually helped potential borrowers.

By one measure, 64% of thin-file people rose to a higher credit score tier when alternative data was included in their evaluation. PERC found that only 1% of that group saw their credit score ranking fall.

In recent years TransUnion and other bureaus have been adding alternative data to their offerings, as well as trending data measures that look at credit standards over time—in other words, has the applicant’s behavior been on the upswing or the downswing. In photographic terms, it’s the difference between still and time-lapse photography.

Mondelli, in an interview with Banking Exchange, says he thinks of traditional credit bureau data as balance-sheet-type information—data concerning outstanding debt amounts, and the like. Bureaus can readily find and report such information. Reaching the “pay as you go” consumer, he says, can be more difficult with traditional information. Alternative data can open the lender’s lens wider, giving a bigger picture. The TransUnion research found that 87% of lenders polled have to decline some borrowers because they can’t be scored using traditional data.

Mondelli says that alternative data can not only open more applicants in general to mainstream lenders’ consideration, but also younger consumers, such as those 18-25, who are new to the credit world.

“It’s like getting your first job,” says Mondelli—the conundrum of potential employers wanting an applicant to have worked somewhere else first.

In a March 2015 report, Research Consensus Confirms Benefits Of Alternative Data, PERC reported that post-recession millennials tend to borrow less, and that they “may not be alone in this regard. Generally, since the financial crisis, the share of consumers renting has risen and the share of consumers owning has fallen.”

The report also stated that:

“Increased renting and greater use of debit cards along with sensible deleveraging may not be a bad thing, but it will, over time, result in less information in traditional consumer credit reports. Given these trends, a pragmatic way forward would be to enable consumers to build their credit profiles (payment histories) with a broader array of payments (such as utility payments, rental payments, phone payments, and the like) and without having to go into debt. Those consumers who need to rebuild their financial reputations following the economic crisis could do so also without going into debt.”

The research indicated, according to the TransUnion report, that “a majority of institutions turn away potential borrowers who do not meet risk guidelines when assessed with only traditional credit bureau information.” The idea of alternative data is to open the door wider, while not sacrificing credit quality.

Alternative data not going away

While using alternative data is still relatively new and growing in adoption, “we’ve passed the inflection point,” says Mondelli. And this is just one more development in the quest for additonal data on the part of bureaus and lenders. Each subgroup parsed for eligibility represents more business in a volume-oriented part of banking and credit.

Among the survey sample, by lender type, usage of alternative data ranked this way:

• 75% of credit and debit card lenders have adopted it

Overall, 34% of lenders surveyed use alternative data currently. The TransUnion report states that while that is “a relatively slow adoption curve, … more than half of survey respondents believe alternative data will become widely used within the next three years.”

Reasons why alternative data not used

Nonusers told Versta Research that they wanted evidence that alternative data produce results—improving risk assessments, building new markets, and doing so at a favorable cost-benefit tradeoff. Nonusers indicated that the two greatest barriers to getting more involved with alternative data were developing and testing new risk models, cited by 64%, and compliance with credit laws and regulations, 58%.

What about use of information further removed from the traditional standards?

“I think we are a long way from using social media data,” says Mondelli. More likely to be adopted sooner, he says, is evaluation based on trends discovered in large groups through big data analysis. Mondelli says that there are huge amounts of data in large databases where consumer names are not part of the file, but where behavioral trends can be teased out for use.

To a degree, fintech companies will lead other lenders into newer methods of credit evaluation, Mondelli suspects. He says they have been tackling alternative data more aggressively. Being online creatures themselves, he says, fintech firms tend to be most attuned to what can be learned online and through online behavior. Further, he says, many fintech services tend to appeal most to younger consumers, and the internet is where such customers tend to live.

Again, there is an alignment here. “These populations require more data for lenders to make an informed decision,” says Mondelli. As for online lenders, he says, “alternative data is essential to their business, enabling them to make quicker decisions and manage their risk more accurately and efficiently.”

“To do that,” says Mondelli, “you need more and more data to manage your risk appropriately.”