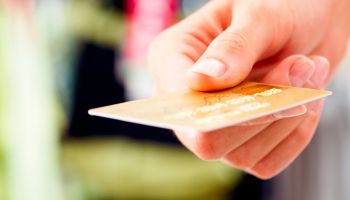 The bureau claims TCF worked to maximize opt-ins to debit overdraft services that came under a federal disclosure rule effective in 2010.

The lawsuit, filed the day before the turnover in the presidency, in part cites violations of Section 1031 (a) of the Consumer Financial Protection Act of 2010, which implements UDAAP—Unfair, Deceptive, Or Abusive Acts Or Practices. The CFPB complaint devotes considerable space to TCF disclosure practices relating to fee-based overdraft service.

During a press conference, CFPB officials acknowledged in response to media questions that they saw parallels in this case to the Wells Fargo sales affair. Both Director Richard Cordray and Chris D’Angelo, associate director for supervision, enforcement and fair lending, said TCF employees “bulldozed” customers into opting in.

TCF acknowledged the potential for a lawsuit in its 2015 annual report and in more recent materials. TCF, with 21.1 billion in assets, does business in seven states.

In the annual report, TCF disclosed that it had received a CFPB “NORA” letter in October 2015. In the Notice and Opportunity to Respond and Advise letter, CFPB notified TCF that its Office of Enforcement was considering recommending a lawsuit alleging violations of UDAAP and Regulation E. The company indicated it was in discussions with CFPB to resolve the matter. During the press conference bureau staff declined more than once to speak about those discussions.

In announcing the lawsuit CFPB stated: “The Bureau alleges that TCF designed its application process to obscure the fees and make overdraft seem mandatory for new customers to open an account. The CFPB also believes that TCF adopted a loose definition of consent for existing customers in order to opt them into the service and pushed back on any customer who questioned the process.”

“We believe we have strong, principled defenses to the CFPB’s complaint,” TCF said in a statement. “We also believe the CFPB’s claims are based on data not representative of TCF’s customers and mischaracterize our opt-in practices and disclosures, which we believe clearly informed customers about their choice before, during and after they made their opt-in decision.” The bureau also details in its complaint allegations that TCF branch staff was under pressure to opt-in customers, to the extent that employees could be placed on probation for not obtaining a satisfactory rate of opt-ins. The bureau stated that TCF, heavily dependent on overdraft fee income, achieved an opt-in rate triple the average of other banks, as measured from the 2010 inception of federal opt-in requirements through April 2014.

In its statement, TCF said “we have engaged in discussions with the CFPB in a good faith effort to resolve this matter. Although we remain hopeful that we can reach an appropriate resolution, TCF intends to vigorously defend against the CFPB’s complaint. We believe that at all times our overdraft protection program complied with the letter and the spirit of all applicable laws and regulations, and that we treated our customers fairly. TCF rejects the claims made by the CFPB and strongly believes our overdraft protection program is a valued product for our customers.”

First was that TCF customers who opened accounts online between 2010 and 2016 opted in consistently at a rate of 60%. (The bureau claims that for the period cited above that the opt-in rate was 66% including all forms of enrollment.)

Second, TCF said it had had “virtually no complaints from customers stating that they did not understand they had opted in to overdraft protection.” TCF reported that from 2010 to 2015 there were only 341 complaints from among 2.6 million customers relating to the opt-in decision. (Banking Exchange analyzed complaints recorded in CFPB’s Consumer Complaint Database. More about that later in this article.)

Subsequent to issuing the statement TCF posted a two-page infographic defending its program. It also has posted links to key elements of its overdraft policy on its newsroom page.

The bureau charged that many customers “had no idea that they had opted in for expensive services that exposed them to high fees.”

The bureau complaint details its case. It hinges on the shift when federal law—in regulations issued by the Federal Reserve in 2009, effective in 2010,before CFPB had been set up—began to require that new customers opt-in before accepting overdraft service and that existing customers also be approached to opt-in, even if they had previously had the service. The regulation, an amendment to Regulation E, specifically focused on overdraft fees resulting from use of debit cards, including at ATMs. In the absence of opt-in, consumers may not be charged overdraft fees on debit transactions.

CFPB alleges that TCF, given its reliance on overdraft fee income, took concerted steps to develop a disclosure process to maximize opt-ins and incented branch staff to attain high levels of opt-ins. When incentives were phased out, the bureau states, “at least some” regional managers implemented related sales goals. Use of hypothetical situations where a consumer could face difficulties, if their account was short and they lacked overdraft service, were allegedly used to overcome objections.

(In its 2015 annual report TCF management noted that diversification of revenue sources had cut the portion of non-interest income from banking fees to 50%, down from 77% in 2010.)

Among the specific claims by CFPB:

• TCF discouraged staff from overexplaining the overdraft process to consumers.

• TCF attempted to quickly move past potential consumer objections, where existing customers were spoken with, by asking if they wanted their account to function as it always had.

• TCF employees did not discuss the potential risk of paying the bank’s overdraft fee for overdrawing by a much smaller amount than the fee.

TCF said in its statement that it believe customers “participate in TCF’s program knowingly and voluntarily.” The bank said that “Customers who do not maintain large balances rely on our overdraft program to make essential purchases that would otherwise be declined.”

Customers who opted in, TCF said, see the program as a valuable service “which allows them to pay for life’s necessities, such as gasoline, groceries, or medicine. For other customers, the program serves as a safety net that doesn’t cost them anything if they don’t use it.”

According to a search of the bureau’s consumer complaint database, available on its website, from mid-2013 to early January 2017, 1,227 total complaints about TCF were made. (To put that total in context, CFPB’s monthly complaints database reports have from time to time tabulated the number of complaints made regarding the most-complained-about institutions. In the most recent report, December 2016, Wells Fargo, the bank with the highest number of complaints, averaged 1,054 per month between July-September 2016.)

Of the 1,227 complaints about TCF noted above, 33 cite overdrafts in the narrative section provided to consumers making a complaint to the bureau. CFPB refers complaints filed in its system to the organization involved for resolution. Of the 33, most show the complaints being closed with an explanation by the bank, with 12 being resolved through monetary relief.

While CFPB attempts to verify that a business relationship exists between the complaining consumer and the institution complained about, the database site states that no attempt is made to verify the details of the narratives uploaded by consumers.

The narratives filed regarding TCF and overdrafts are often long, and somewhat convoluted. In addition, some details are redacted. While the number of complaints in the database is small, the narratives are often quite “hot.” Consumers often seem confused about the way the bank’s overdraft program works. Some complain about poor customer service in trying to inquire about overdraft charges assessed. Often consumers complain about how the bank ordered payments, claiming the bank was stacking things to trigger extra overdraft charges. Complaints regarding clarity in balances are common and funds availability issues also come up.

One customer complained that requests to turn off overdraft service were honored, but that the service was later activated without their request.

A sampling of the verbatim narratives from the 33 complaints:

• “While it is a good idea to keep track of your current balance, TCF does not have a customer friendly services online and on their app.”

• “I do not understand their logic.”

• “I have never seen anything like this in my life and it seems very unethical.”

• “This is some sweet spot of manipulation that TCF has figured out. So while this is technically legal (or is it?) this is theft of the small hardworking individual who at the moment is fuming.”

• “My checking account at TCF National Bank has been charged fees of an excessive amount, nearly abusive, resulting from overdrafts. I take responsibility for the overdrafts but the excesive fees resulted in economic harm to myself and my family.”

In its statement, TCF said that “In cases where customers used the program and experienced financial hardship, we waived or wrote off more than $100 million in fees since 2010.”

Bureau’s past actions on overdraft

The TCF case is CFPB’s third public action against a specific institution, while it continues to weigh rulemaking on overdrafts.

In April 2015 the bureau announced a consent order with Regions Bank for charging overdraft fees to consumers who had not opted-in for overdraft coverage. The bureau fined the company $7.5 million. In July 2016 the bureau ordered Santander Bank, N.A. to pay a $10 million fine for illegal overdraft service practices. Santander’s telemarketing vendor deceptively marketed the overdraft service and signed up certain of the bank’s customers for the service without their consent

CFPB has an outstanding item on its rulemaking agenda regarding overdrafts. Where this stands in the context of the Trump Administration is as open to speculation as the future of the bureau itself and of Richard Cordray as its director.