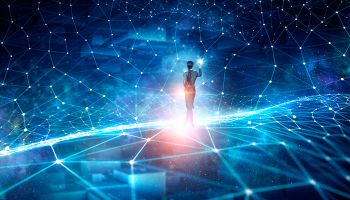 It has been said many, many times that the key to growth in these technology-heavy times is boosting customer satisfaction, which in turn requires improving the customer experience.

But that sounds all touchy feely, doesn’t it? Bankers have real businesses to run, don’t they?

“Very few firms have articulated a digital equity plan which establishes how their investments will generate future shareholder value in a digital, modular financial services environment. Thus, while the largest global banks and insurers saw shareholder value grow by an average of 10% per year, major fintech firms both new and old delivered value growth at more than twice that rate.”

And cutting straight to the customer satisfaction factor, Rick Chavez, Oliver Wyman partner, says this: “We believe the central issue for incumbents confronting that future is sustainable value: How can incumbents bring more value to customers’ daily lives in a digital world? How can incumbents translate that into increased value for shareholders?”

Banks put money where the trend is

Happily, indications are that many banks not only are getting this message but are starting to put real money into it.

A survey of more than 160 bank executives by Computer Services Inc. found that 55% plan to increase spending on customer experience initiatives this year. At the top of this list of initiatives, 41% of respondents cited digital banking enhancements.

“In a crowded marketplace, financial institutions must prove their value to the customer, which includes offering service experiences on par with other providers, especially those outside the banking industry,” says Steve Powless, CEO at CSI. “Banks must deliver services that allow customers to access financial services where and how they want, which means they will need to focus more of their attention and investments on technologies that directly affect the consumer.”

Another indication that this is catching on comes from Celent, which is sponsoring a Model Bank Awards effort, part of which highlights specific efforts banks cite that they believe make them stand out. Stephen Greer, Celent analyst, in a Celent blog, observes that customer experience initiatives have been mentioned often by bank submissions.

• Digital banking subsidiaries, which operate separately from the parent bank and are either geared to attract specific demographics of potential customers, or act as test beds for new technology.

• Fintech partnerships, in which the relationships between financial services and startup firms have shifted from disruptive to collaborative.

• Increased use of artificial intelligence and bot technology, at least in a “test and learn” phase.

“The standards of customer engagement are constantly changing and banks are experimenting with new ways to drive increased satisfaction, higher revenue, and greater loyalty,” Greer says.

Another survey, this one by the American Bankers Association, provides another indication of banker focus on customer experience, albeit in a somewhat surprising way. After polling 780 banks of all sizes, it found that 66% plan to increase spending on social media resources this year, and that three out of four banks believe social media is important to their banks.

“The great majority of banks have realized that they can’t afford to be on the sidelines when it comes to using social media,” says Christine Walika, executive vice-president of ABA’s Community Bank Group. “With millions of Americans connecting on social media every day, innovative banks are winning big by connecting with customers in an engaging, interactive, and personal way.”

Guess what? Yet another survey found that customer satisfaction with their bank generally has improved in the past year. CFI Group, which specializes in measuring customer satisfaction, says in 2016 its “bank satisfaction barometer” rose to a four-year high of 82, as measured on a 100-point scale, moving up three points from 79 in 2015.

You can’t beat the experience…

Even that most technological of technology companies, IBM, says customers increasingly no longer want mere transactions—they want to buy “experiences.”

Research done by the IBM Institute for Business Value in 2016 found that 60% of global CEOs are expecting more competition from outside their industry; 81% want to use technology to develop stronger relationships; and 54% believe that customer buying behavior is shifting from products and services to experiences.

In an IBM blog dedicated specifically to banking issues, four steps are outlined for businesses to transform from transaction-based to experience-based businesses:

• Create pilots and prototypes—Establish communities of interest, creating safe environments to beta test innovations and incorporate them as a central part of design and development processes.

• Orchestrate ecosystems—Embrace holistic reinvention rather than a series of point solutions by maintaining a clear focus on deep needs, aspirations, or desires of customers.

Whoa! Isn’t this spiraling back into touchy-feely land?

Remember, though, this is IBM talking, specifically, IBM’s Dee McGrath, author of the blog post. She says: “Strategically, digitally reinvented businesses maintain an overarching focus on experience rather than production. They embrace technological change and disruption, and see their company within the context of an overall business ecosystem, including clients, partners, and even regulators.”

Bank Customer Satisfaction Up, And Customers Are More Likely To Recommend Their Bank To Others

Banking Priorities Study 2017: More Than Half Of Bankers Expect To Increase Spending On Customer Experience Initiatives

Rethinking The Customer Experience: Themes From The 2017 Model Bank Submissions

More in this category: « Cybersecurity demands better tools, more expertise 6 more tech terms you need to know »
back to top