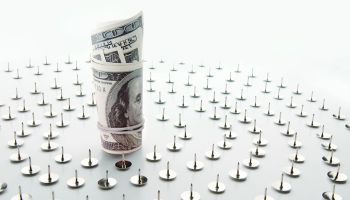 The Consumer Financial Protection Bureau formally sought comments about using new types of data to formulate credit scores for people who are “credit invisible”—those who have no credit history or whose credit histories have gone stale.

In its newly issued request for information, CFPB seeks insights into both the benefits and risks of so-called “alternative data” and the techniques used to compile and analyze it.

“We are examining what data are already available for use today, and looking into what the future may hold as technologies evolve,” said CFPB Director Richard Cordray at a field hearing in Charleston, W.Va., on Feb. 17. “We are seeking to study how these data are being gathered and analyzed in underwriting models now used by banks and other financial companies, including fintech companies. And we are seeking to better understand how these models and modeling techniques are evolving.”

The bureau has been studying this issue for some time. In 2015 its Office of Research issued a report in which it estimated that 26 million adults in the U.S. do not have a credit record, and another 19 million adults have credit records that are considered unscorable by commercially available credit-scoring models. Cordray reiterated these statistics in announcing the request for information. [Read his opening statement.]

Tool, not a universal solution

Other panelists at the field hearing, while generally supportive, urged caution, to varying degrees, as this issue is considered.

Chi Chi Wu, an attorney with the National Consumer Law Center, observed that the use of alternative data should be seen not as a panacea, but more as a simple tool.

“While there may be 50 million people who are ‘credit invisible,’ there are 200 million who have existing files. Will that data hurt or help the ‘credit visibles’?” she said.

[Wu’s statistics were admittedly approximate. In a statement published by the NCLC right after the CFPB’s original report came out in 2015, Wu referred to the same statistics as Cordray cited in the recent announcement.]

In that 2015 statement, Wu said: “We urge a cautious and thoughtful approach in developing solutions. As with so many aspects of credit and financial services, the devil is in the details.”

Michael Gardner, senior vice-president, Equifax, said during the field hearing that his credit bureau would welcome some sort of use of alternative data to generate credit histories.

“We believe alternative data benefits both consumers and the financial system,” Gardner said.

He also said that its implementation would have to be done while “retaining the same kind of consumer protections used with any data that is used with a risk decision.”

Banking Exchange contacted other credit bureaus for input as well.

Lintner said that his company is “pleased that CFPB is continuing to bring attention to policy issues about alternative data.”

“For a large segment of the population, the reporting of these types of payments could provide opportunities to establish and/or build a credit file,” said Lintner. He said the company had researched the issue and found that inclusion of alternative data could help many Americans.

What financial services says about it

Francis Creighton, executive vice-president, Financial Services Roundtable, also appeared on the CFPB panel. He generally welcomed the discussion about the potential use of alternative data.

“The more information the better,” Creighton said, for financial institutions making credit decisions. “It helps us serve our customers, both current and prospective.”

He did point out some serious aspects that would need to be addressed as the issue is considered.

“We need to make sure that the data we’re using for lending decisions are fair, accurate, and verifiable, and that consumers have the ability to dispute information that they believe is inaccurate,” Creighton said.

Creighton warned of lender worries regarding what data they could and could not use.”

And he pointed out that lenders want to know about both sides of a consumer’s credit behavior.

The trade association’s official also pointed out that alternative data serves as more than an aid to evaluating creditworthiness. He noted that financial institutions use alternative data for other reasons, such as fraud protection, identity resolution, and verification.

“Using data for lending and other [Fair Credit Reporting Act]-covered purposes should not be conflated with data that may be used for these non-FCRA purposes,” said Creighton.

What CFPB wants to hear about

• Access to credit—Would the use of alternative data to create or augment a credit score increase access to credit by helping lenders better assess consumer creditworthiness?

“We know that some lenders will not loan money to consumers with a credit score that is less than, say, 620. But they might do so if alternative data suggest that a particular consumer with such a score would be less likely to default on the loan,” Cordray said.

• Complexity of the process—Would the use of this information make credit decisions more complex for both consumers and industry?

“On the one hand, new analytical methods based on unconventional information could produce a faster, less complicated application process, with lower operating costs for lenders and lower loan costs for borrowers,” said Cordray. “On the other hand, the accumulation of more and more alternative data could create a tangle of information that is harder for people to understand and unravel.”

“We want to know whether this information is reliable and whether its use is transparent to consumers,” said Cordray. “…We are also exploring whether some information is more prone to errors because it was collected under weaker standards in place at the time.”

• Impact on specific groups—Would the use of alternative data affect certain groups or behaviors in unpredictable ways?

CFPB and the Obama Department of Justice used the fair-lending concept of “disparate impact,” and this point clearly arises from such thinking.

“Other data may be strongly correlated with characteristics such as race or gender, which could enable lenders to do indirectly what they are forbidden from doing directly: drawing conclusions about whether to make a loan based on a person’s race, gender or other prohibited categories,” Cordray suggested.

Maybe “invisibles” prefer it that way?

NCLC’s Wu pointed out some of the hazards that the use of alternative data could pose if not handled correctly. One, she said, is the assumption that credit invisibility is always bad.

“For employment and insurance, where a negative credit report or a low score could harm job prospects or increase rates, it’s often better to have no credit history,” she said, echoing a point made in NCLC’s 2015 statement.

Also, she pointed out that many times records are only kept when consumers fail to pay or fall behind payments on rent or utilities; or else the information recorded may be incomplete, inaccurate, or immaterial, such as information derived from mobile device use or social media sources.

“Not all alternative data used to create a potential credit score is created equal,” Wu said.

Comments on the CFPB’s request must be received by May 19.