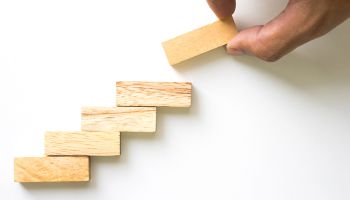 You are about the enter the den of your guilty pleasure of choice—a shoe store, a clothing store, a wine store, maybe even a bookstore for devoted print aficionados. As you cross the threshold, your mobile device begins to vibrate. It’s your financial app, remarking, “You’ve tended to overspend here. Are you sure you want to go in?”

Some people might appreciate the electronic guilt trip. Some might wince, but hit the “snooze” equivalent. Just one pair … Some might shrug and set out to hit a new record. Just one dozen …. pairs.

But whatever the reaction, the difference between the tool that produced that warning and technologies that tell you how much you’ve spent—or overspent—in a category is timing.

Personal Financial Management technology could tell you when you had already gone overboard.

Personal Financial Experience technology, being “in the moment,” can stop you before you do so.

That difference is one of a number of reasons that has led Celent to pronounce PFM—not so long ago one of the fintech darlings—as essentially “done.”

Why PFM failed to live up to billing

“Just a few years ago, personal financial management (PFM) tools were expected to revolutionize the way consumers banked,” states the Celent report Personal Financial Experiences (PFE): Putting the E In Personal Finance. “Since then, a lot has changed, and the initial hype has settled into apathy or even disillusion. PFM has been a worthy goal pursued by many providers, yet consumers (and many banks) continue to ignore its possibilities.”

PFM through banks never really grew beyond around 10% of customer bases, on average, according to Stephen Greer, author with fellow Celent analyst Dan Latimore of the report. In the wake of that, he says, many banks quietly shuttered their PFM programs.

Why did PFM flop?

A key reason is that banks never integrated their PFM offerings into the overall online banking experience, according to Greer. Typically, PFM functions were treated as a separate experience, and could sometimes be difficult to find on a bank’s website.

Another important reason comes down to the human element. In many PFM programs, while some transactions, balances, etc., were pulled in automatically, many weren’t. This meant having the whole financial picture in the software depend on manual data entry.

“It wasn’t very automated and required work,” says Greer. As a result, users grew less interested in the programs.

Does that meant financial consumers are lazy? Too busy? Lacking in background or technical ability?

Greer suspects that this is an “all of the above” situation. However, without having the full financial picture for a consumer, PFM software can’t really do the job well.

In the report the analysts note that some consumers can be very tied into their finances, and perfectly willing to enter everything they need to. They tend to have a good understanding of their finances already.

Bring the water to the horse (or fish)

However, these folks are a minority. Greer himself likes to track his finances using Mint, but he says he is not the average banking consumer.

“Most consumers don’t want to actively manage their financial lives. It’s just too tedious,” states the Celent report. “What Quicken and other traditional PFM tools showed is that few consumers are dedicated financial obsessives. Automating is crucial in driving the experience and for getting consumers interested in the capabilities.”

By contrast to PFM software, Personal Financial Experiences turn the direction of traditional PFM around. Instead of using software as a tool, the bank’s software will be at work all the time, on the consumer’s behalf, and will show its head only when appropriate.

Says the report: “Users will experience PFE without ever having to call it up. It will just happen to them via an alert on their mobile, an idea from a branch representative, or an unexpected landing page on their laptop. It will be like a fish in water: the fish doesn’t know what water is, or why it’s swimming in it, it’s just the natural state of its existence.”

The report suggests that three essential elements will comprise PFE.

First, it will be automatic, both in gathering data and in presenting updates or advisories.

Second, it will need to be connected, relying on open APIs to facilitate gathering of data about all of the consumer’s finances in one place. There is a regulatory/creative tension at play, in that in Europe access to data is being opened up, in the belief that it belongs to the customer, not to the bank. On the other hand, in the U.S. institutions may or may not cooperate with screen scrapers and other aggregation services.

“With or without regulatory pressure, banks will have to overcome their unwillingness to share account data if they’re going to provide PFE,” the report holds. “Consumers have increasingly complex financial lives that span a growing number of providers.”

Finally, PFE must be effortless, the report holds. As indicated earlier, most folks just don’t want to work that hard at their finances.

However, the report also makes a key point that draws the essential line between PFM and PFE.

“Most consumers already have a good general understanding of their financial health,” the report says. “If you’re broke, then chances are you know it—you don’t need an app to tell you. Offering detailed views of cash flow and spending never answered the ‘now what?’ of financial management.”

Americans seem adept at living at two levels of awareness simultaneously. We take umbrage about a government agency sifting through trillions or more of communications data, yet we intuitively know that our cell phone carrier knows where we are at all times, unless we put our devices in a leaden box.

A nation once almost obsessive about privacy has come a long way in the name of convenience and more.

“What’s deemed ‘not too creepy’ seems to keep moving further along,” says Greer.  A key ingredient for PFE is being “in the moment,” bringing up data when and where it is most appropriate. However, that means that features like geolocation, or a logical process to judge location by where transactions are made, must be engaged in order to provide such timely intervention.

One application that the report covers is tip monitoring. If a customer is in the midst of overtipping for a given service, the financial provider will question the tip amount prior to putting it through.

Of course, that essentially means that the bank is sitting on your shoulder. [See also, “Time for a ‘banker on your wrist’?”]

Not that this in some ways wasn’t already the case. But that is the flip side of advice and service being offered “contextually.” Ally Bank offers a variation on the spending monitor discussed at the beginning of this article. This “Splurge Alert” allows consumers to identify places they tend to spend too much. The app then uses geolocation to warn the user that they are entering a “splurge zone,” according to the Celent report.

“Consumers kind of know that the banks know” where they are and what they are doing, suggests Greer. What concerns them more is what they do with the information, he explains. Banks that use it to make the consumer’s life better in some way, that’s OK. But if the bank uses the data simply to make business better for the bank, consumers won’t like that so much. That violates customer trust, says Greer.

“That would be creepy in the eyes of the consumer,” he adds. And that could cause a backlash.

More information about the Celent study