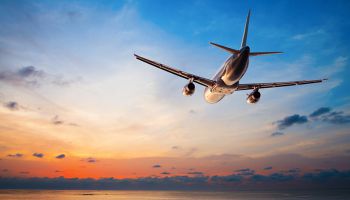 Premium travel credit card offerings have intensified in the last 12 months, but these cards' short-term ability to generate buzz among consumers could become their long-term downfall.

One new entrant into the space is JPMorgan Chase & Co.'s Sapphire Reserve. It was launched in August 2016 and carried a lucrative singing bonus for its first six months, which helped drive originations. But the Sapphire Reserve will face its own test of loyalty as its hefty annual fee of $450 is charged for its second time to cardholders.

The card falls into the subset of premium travel credit cards usually marked by steep annual card fees, lucrative awards and perks, and weighted point accumulation in certain categories of spending. While they may capture an affluent, discerning consumer, it remains unknown if they actually make their respective institutions any money. Competition, reward calibration, and new entrants may put pressure on short-term gains as banks hope to book longer-term revenue and relationships.

"Consumers love these points," said Brian Riley, director of Credit Advisory Service at Mercator Advisory Group. "The problem is that it's kind of an arms race." 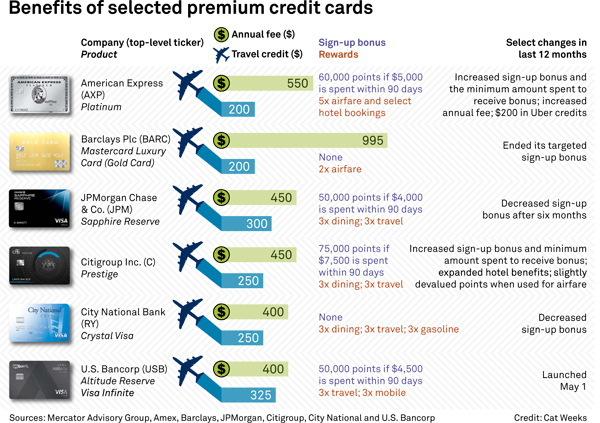 Despite the expensive rollout, JPMorgan CFO Marianne Lake highlighted the attractiveness of the Sapphire Reserve's customers.

"Their characteristics, their engagement, their spend, these are the customers that everybody wants to acquire," she said. "We now have them, and we intend to deepen relationships with them."

Vining Sparks analyst Marty Mosby said this goal is as important or more important than the card's profitability because of the ability to cross-sell a deeper relationship, and executives have said the Sapphire Reserve has been a resounding triumph.

During the bank's second-quarter call, Lake said the "extraordinary success" of Sapphire Reserve accounts has been the biggest driver behind card revenue. Still, revenue from card income in the second quarter fell 14% from the prior year, according to the bank's Form 10-Q. Card income has decreased because of higher new account origination costs, which have been partially offset by higher annual fees, the bank said in its quarterly filing.

Lake said both the fourth quarter of 2016 and the first quarter of 2017 had an elevated amount of acquired accounts, the expenses of which the bank amortized over 12 months. She said the revenue rate from the card portfolio should begin to improve and reach its target by the middle of next year, now that originations have stabilized.

President, Chairman, and CEO Jamie Dimon later added that even as the expenses are spread over 12 months, JPMorgan receives the benefit of its cards over seven years. JPMorgan declined to comment.

Keefe Bruyette & Woods analyst Brian Kleinhanzl did not sound convinced that the card has been a financial benefit to the bank, at least for now. He said that premium travel credit cards have become commoditized in recent quarters, making it harder to differentiate among offerings. He likened it to free checking accounts.

Complicating the question is a lack of data on how different cards are driving returns and expenses at each company, with most offering only broad information about revenue and growth, Kleinhanzl said.

But Mosby said it is clear that since the financial crisis, credit cards have become an increasingly valuable part of a consumer's wallet and the market for credit cards has expanded to a national offering because of innovations in online banking.

Retention is an issue for these companies because of their high annual fees and second-year benefits that are often "only half as rich," Riley wrote in a Mercator Advisory Group report on premium travel reward cards published in July. He pointed out that Chase, Citigroup Inc., and American Express Co. have reduced or changed their introductory offers within the last 12 months; some went further and changed rewards. Citigroup and American Express declined to comment.

Despite the economics, the space remains attractive to other financial companies with large credit card portfolios, and new cards have taken some lessons from the earlier entrants.

Customers who want the U.S. Bancorp card are required to have an account at the bank; the Bank of America card increases the points for various spending categories depending on the amount of deposits the customer has at the bank.

The cards raise the cost to customers for switching their banking relationship, reducing acquisition costs, and strengthening retention—all factors that could increase their profitability, Kleinhanzl said.

"It will be successful on the bank's own terms. They're not going to be taking No. 1 market share, and with that strategy, you're not looking for No. 1 market share," he said. "You're just looking to increase the switching costs for your bank customers."