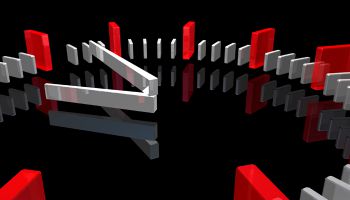 Baby boomers can ill afford to encumber retirement assets, but an unfortunate portion are. A recent study explores the cause of this and other financial challenges to non-prime Boomers.

Frequently these loans are taken out when unexpected financial challenges arise, says Jonathan Walker, executive director of the center.

While borrowing against 401k accounts is completely legitimate, Walker notes that doing so has a way of putting the borrower’s future on hold. Essentially the borrower is losing ground on the retirement front, with less and less time left to build it up. (Elevate, parent of the center, is a fintech that lends online to non-prime borrowers. The center, sponsored by the company, specializes in research and dialog concerning non-prime market segments.)

In the course of his work, Walker spoke with a state employee who told him that his family had been hit with a number of heavy unexpected expenses. He had a solid job, he told Walker, but was scrambling to meet those unforeseen costs. He added that he was glad that it was illegal to borrow against his state retirement fund holdings—he had to get past the rough spot, but at least he wouldn’t affect his future.

This little anecdote illustrates some of the issues uncovered by the study.

Hard to manage, hard to guard against surprises

Less than half—43%—of the non-prime Boomers in the company’s research feel comfortable with their ability to manage their day-to-day finances, let alone prepare for retirement. Not that prime Boomers all feel confident, either, with 76% saying they can manage daily financial needs.

Elevate’s study, based on a survey of over 1,000 prime and nonprime consumers, found that non-prime Boomers are 14 times as likely as prime Boomers to have difficulty predicting monthly income—and 4 in 10 say they live paycheck to paycheck. They also tend to have difficulty predicting monthly expenses and are therefore more likely to experience unexpected expenses, the research says.

Walker says many middle-class Americans feel they are not in financial control. Among non-prime boomers, 7 in 10 run out of money at least once a year, in spite of generally decent employment levels—frequently, in fact, with more than one job apiece.

When faced with financial emergencies

The study asked respondents how they would meet an emergency need for $1,200. Among the non-prime Boomer respondents, nearly half had difficulty coming up with a source of funds—1 in 8 could think of no solution at all. In a related vein, one in five non-prime boomers do no planning ahead for major expenses and slightly more don’t plan for unexpected expenses.

While one of the most striking avenues taken by non-prime Boomers in a financial exigency, 401k loans aren’t the only route taken when these consumers find themselves in financial difficulties.

• 22% of non-prime Boomers could cover the $1,200 surprise through savings—about half of the portion of prime Boomers who could do so.

• 11% said they could tap family or friends for the money. Interestingly, only 2% of prime Boomers would go that way.

• Funeral costs were cited by 30% more non-prime Boomers than prime.

In a different portion of the study, respondents were asked about car repairs. The research found that prime Boomers are much more likely to be able to plan ahead—to the degree one can—on auto expenses. Of the prime respondents, 35% of their repairs were “planned,” while only 15% of those incurred by non-prime boomers were.

“The influence of just getting by can affect your life in different ways,” says Walker. Affording a car on a shoestring gets the non-prime borrower to work, but such vehicles, typically older, come with their own issues.

A noise not investigated doesn’t get better generally. In a similar fashion, suggests Walker, medical issues may be put off. Later, they may turn out to have worsened to the point where they can’t be ignored, but have become more severe matters.

Recent research from TransUnion indicated that many borrowers prioritized unsecured loans—being willing to keep them current even if other forms of credit became delinquent. Walker was asked to consider that finding in light of his own study. [Read, “Credit mystery has experts pondering”]

He suggests that a non-prime borrower will realize that they aren’t likely to get other forms of credit, such as a car loan, but they can’t leave themselves hanging. Maintaining their relationship with a company that has extended a personal loan is important.

“For them, it’s the last line of defense that they are not willing to give up,” says Walker.