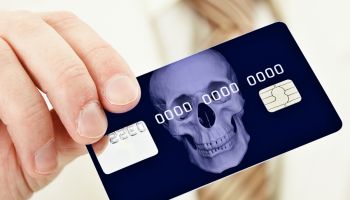 Six people were arrested last week of bank fraud in Jacksonville, Florida. The charges included credit card fraud and bank fraud where the suspects were actually able to produce bank cards without stealing the physical card. One of the suspects learned how to use an encoder in order to make counterfeits. The bust took place in a hotel in Jacksonville.

The fraud was exposed in an usual way for cases involving bank fraud. Rather than an alert being generated by unusual activity on banking clients’ accounts, a local bar tender noticed an unusual amount of cards being pulled out to be used to buy alcohol, a local newspaper reported. The bartender called the police and the police came and arrested the suspects.

The Secret Service is now looking into how the crime took place. The perpetrators face serious charges that are at a felony level. The encoding device allowed for false bank cards and credit cards to be made by copying the magnetic strip on the back of credit cards and even licenses. The encoder that was in one of the suspect’s possession is illegal for individuals to own and operate.

To prevent such activity, banks should not rely on intuitive bartenders. Experts recommend to consumers to consistently monitor their bank records, and banks should recommend the same to its customers. Additionally, any devices that a bank may own should be monitored closely to avoid unlawful use or theft from an employee. To pull off a crime such as this takes a surprisingly low level of sophistication. Banks can help their customers monitor their accounts by emails linking them to account activity on a regular basis.

Banks continue to face challenges on a high level in terms of cyber attacks, but this case also proves that even at a basic level banks need to keep careful watch to make sure there is nothing unusual happening across its business units, and also any functions that they might outsource such as the physical making of bank cards and credit cards through the banks are being handled by companies that are taking precautions to help prevent this type of activity.