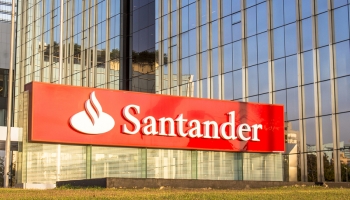 Santander’s consumer finance division has agreed to a $550 million deal to settle allegations that it placed consumers into loan arrangements with a high risk of default.

Santander Consumer USA Holdings settled with 33 states and the District of Columbia. It agreed to pay $65 million to customers affected by the practices, as well as waiving $478 million worth of outstanding loan payments. It also agreed to pay $7 million to states to cover restitution claims.

The states argued that the Santander division violated consumer protection laws by allowing subprime customers to borrow money for car purchases, even though these customers were at a high risk of defaulting on the loans. The loans were made between 2010 and 2014.

They also accused the lender of “turning a blind eye to dealer abuse and failing to meaningfully monitor dealer behavior”.

In a statement, Santander Consumer USA Holdings described the allegations as “a legacy underwriting issue”. The settlement was “another key milestone in addressing issues related to that time period”, it added, and would not affect its operations or ability to serve customers.

The company said: “Over the last several years, we have strengthened our risk management across the board – improving our policies and procedures to identify and prevent dealer misconduct, and tightening standards to ensure affordability.”

Illinois attorney general Kwame Raoul, who led the coalition of states in the case, said: “The company’s actions hurt thousands of consumers. Today’s settlement holds Santander accountable and sets an important precedent by requiring a major player in the subprime auto lending industry to factor a consumer’s ability to pay the loan into its underwriting.”

The FTC accused Vincent Ko of opening hundreds of fake merchant accounts and shell companies to take payments. It said First Data – which was bought by fintech group Fiserv last year – had “looked the other way while its payment processing services were being used to commit fraud”.

Ko agreed to pay more than $270,000 to settle allegations that a company he ran, First Pay Solutions, “allowed a small number of rogue independent agents to sign up fraudster merchants for credit card processing”, according his lawyer, quoted by Bloomberg. Ko has denied that he knew about the practice.

The $40 million settlement would be used to provide refunds to affected consumers, First Data said in a statement.

It also agreed to “further enhance” its compliance and oversight policies and processes, something it had started to do before reaching this settlement. First Data said it would also enhance its underwriting and fraud monitoring processes.

“This agreed resolution… is in the best interest of First Data Merchant Services, our clients and their customers, and consumers,” the company said.

“We remain committed to ensuring that our business partners and merchants operate with integrity, and our enhanced practices will enable us to continue to lead the industry in fraud prevention, and business and consumer protection.”