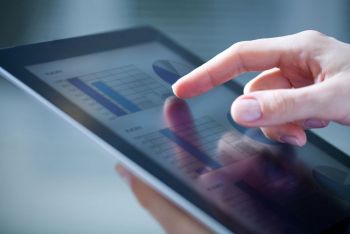 In the span of only a couple of years, tablet banking has gone from being a relatively untapped and ambiguously categorized digital channel to a solid component of any bank’s suite of digital offerings. Banks must make sure their strategic direction for digital channels is properly aligned to capture the behavioral evolution and client demand, says Celent in a new report.

“Consumers are growing more accustomed to interacting with their financial institution through devices other than PCs,” says Jacob Jegher, research director with Celent’s Banking Group and coauthor of the report. “Tablet banking represents a tremendous opportunity. However, banks aren’t exactly scrambling to release tablet-specific apps.”

“Tablets are unique devices with distinct capabilities and form factors,” adds Stephen Greer, analyst with Celent’s Banking Group and coauthor of the report. “Tablet touch screens are highly interactive, lending themselves well to rich user interfaces that feature customizable widgets, visual representations such as graphs and charts, and videos.”

This report is the first in a series on the state of tablet applications at the top financial institutions in the United States.

Tablet sales are growing at a tremendous rate, and financial institutions can no longer sit on the sidelines and watch as the landscape develops around them, Celent says. However, tablet banking is expected to be a relatively slow mover, especially as banks continue to grapple with the rapid adoption of smartphones.