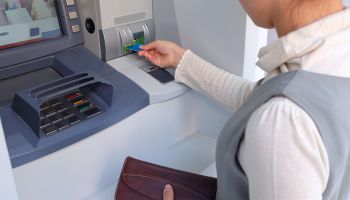 Fifty-eight percent of financial institutions in a recent survey by Cummins Allison plan to either expand or replace their ATM fleet in the near future, with the goal of providing better service and security.

Other key findings from this first of what will be an annual survey titled “The Changing Face of the ATM Market, include:

As financial institutions replace aging ATMs or expand their current fleets, many are also exploring new capabilities such as video conferencing, biometrics and remote teller assistance.

"Financial institutions must consider both required and desired upgrades,” adds Conroy. "Implementing Windows and EMV upgrades can be a costly process, and if an ATM is at the end of its seven-to-ten-year life cycle, a new machine could be the right choice, especially when considering new technology."

More than 390 banks and credit unions responded to the Cummins Allison survey. Survey respondents represented both large and small financial institutions, with revenues ranging from less than $50 million to more than $30 billion. More than 90% of respondents currently own 100 or fewer ATMs.