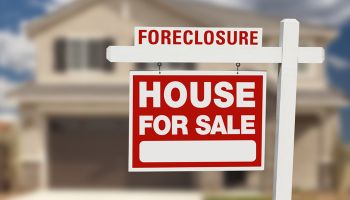 Banks in Massachusetts recently won a three-year battle against a city that had enacted its own foreclosure ordinances in the wake of the financial crisis.

In 2011 the city of Springfield enacted ordinances mandating both a foreclosure mediation program and foreclosed property upkeep and maintenance standards that went "far beyond anything that's currently in state law," Jon Skarin, senior vice-president for the Massachusetts Bankers Association, told SNL.

Banks in the process of foreclosure, prior to taking possession of a property in the city, had to post a $10,000 cash bond on each property. Under the ordinance, the city could then use that $10,000 for whatever it wanted.

"They were just looking at this as a way to raise revenues," Skarin said. Additionally, the city was forcing the lienholders to do a lot of maintenance before taking possession of properties that were not necessarily empty.

Initially, a group of local banks wrote to the City Council expressing their concern. When that failed to produce results, the state bankers association and six or seven banks filed suit against the city, saying the ordinances were invalid and pre-empted by state law. Skarin said the banks initially lost at the federal district court level and then appealed to federal appeals court. As the case was moving along, the city indicated that it would begin enforcing the ordinances. So the banks went back to court to get an injunction barring Springfield from enforcing the ordinances until a final decision had been reached.

The appeals court then asked the federal district court to reverse its ruling, Skarin said. "It essentially said the state legislature has the final word on governing the foreclosure process," he said.

Skarin said Springfield has acknowledged that the Supreme Judicial Court decision invalidated its ordinances and that it would not be able to enforce them.

While the Springfield case was playing out, the Massachusetts cities of Lynn, Worcester, and Lawrence adopted ordinances that are similar to Springfield's.

Lynn in particular has been "very aggressive" about enforcing its ordinance, Skarin said, adding that its ordinance actually goes beyond the Springfield law. Banks have challenged the ordinances in Lynn and Worcester, and those cases are still pending. Lawrence has not started enforcing its law, so it has not been challenged yet. But the ruling on Springfield's ordinance could have an impact on those cases, Skarin said.

Ron Haynie, senior vice-president of mortgage finance policy for the Independent Community Bankers of America, told SNL that he is not aware of specific cases in other states but that the ICBA has heard from bankers across the country that similar battles are going on in areas that saw high concentrations of foreclosures after the crisis. He said local foreclosure laws are a problem for banks because they are not only losing money on the houses and often end up with properties they cannot sell but are also burdened by having to put up a bond for each property. "And that gets expensive," he said.

Haynie said these issues did not pop up until after the financial crisis, when some municipalities saw hundreds of foreclosed properties in certain neighborhoods. He said he understands the cities' position of having to deal with foreclosed properties that often become untidy, a potential "haven for crime," and that can hurt the value of other properties in the area. He also said the issue can be a public relations problem for banks, which he said is par for the course today for just about anything dealing with banking.

"But in defense of the industry, no one had ever had to deal with that number of foreclosures that came on as fast as they did," Haynie said. "They were hit with a tsunami and tried to get out of it as best they could."

Costs beyond money and time

Community banks in small towns have to worry about "reputational issues" as they delicately work through the foreclosures process, he said. "Even one [foreclosure] was too many, especially in small towns where everybody knows everybody," he said. Lenders do not want to head the list of those with the most foreclosures and be perceived as putting families on the streets. "They certainly try to prevent it," he said. "Unfortunately, it's a fact of life."

In Massachusetts, new homeowner protections have been enacted at the state level. The state legislature has enacted three foreclosure-prevention laws since 2007, Skarin said. "So it's not like there's been nothing going on at the state level," he said.

Haynie said foreclosure levels across the nation are now below the 2008 levels. He said that for years before the housing crisis foreclosure rates were extremely low because property values were stable, and when homeowners did encounter problems, they could sell. The "double whammy" that the crisis brought was that homeowners were buying homes they could not afford and then later could not sell, he said.

Massachusetts is "very parochial" with 351 cities and towns, and the last thing banks need is to have many different municipalities deciding how the foreclosure process should work, Skarin said. Such a scenario would add another layer to the process for banks.

"We didn't want to be subject to this patchwork of rules on a city-by-city basis," Skarin said.