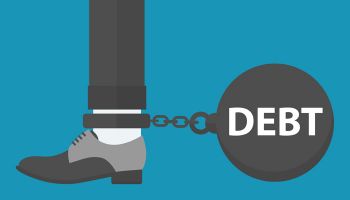 Credit ratings generally aren’t recorded on tombstones or reported in obituaries. Good thing, because many Americans wouldn’t like posterity to remember them for their credit.

Among those in debt, 48% expect to be out of debt at age 61 or later. Overall, Americans say they expect to be debt-free at 54, on average.

The survey found some surprises. People without children tend to be more pessimistic about getting out of debt than parents.  And millennials carrying heavy debt now tend to be more optimistic than any other age group. Only 11% of millennials surveyed say they will never be debt-free.