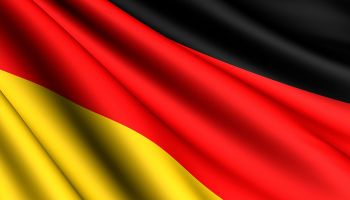 In the fall of 2011 when my husband presented me with the opportunity for our family to move overseas to Germany to take a position he’d been offered in Germany, we jumped at the chance to expand our horizons by living abroad.

We were aware that even with the effects of globalization, we’d still be facing some culture shock.

Yet it didn’t come from the direction expected. Little did we know that perhaps one of the greatest changes in our day-to-day life would not be getting used to driving on the unlimited-speed portions of the country’s famous autobahns. Nor would it be handling the stronger German beer—which is typically cheaper than bottled water in most restaurants.

No, the greatest cultural shift was simply dealing with financial transactions.

Similar yet quite different

In financial services, the U.S. and Germany are both major players. The countries boast the two biggest free-market banking systems in the world in terms of the number of banks and assets.

While Germany is arguably Europe’s most influential financial center, its national banking system has undergone its own fair share of turmoil and flux. One wave came as the result of German reunification a quarter century ago. More recently, the country dealt with the worldwide mortgage and banking crisis of late 2007, which rocked much of Europe along with the U.S.

But putting aside these over-arching economic similarities, Germany is in many ways a very different environment when it comes to day-to-day financial services. So my family learned during our time there. Here are some of our takeaways.

Not too dissimilar to the U.S., Germany offers a range of financial institutions including commercial banks (or private geschäftsbanken) including Deutsche Bank and Commerzbank, publicly owned savings banks (sparkassen), credit unions (kreditgenossenschaften), and, as is true in many European countries, the Postbank or post-office-run bank.

Obtaining what we here would call a standard checking account, or “girokonto,” is pretty much the same process—present a form of identification, proof of residency, and, in some rare cases, proof of earnings or address, and you qualify for a basic “current” account with an EC card (a Eurocheque-Karte, which works like a debit card).

Getting overdraft protection or a credit card is a little more tricky, as you typically have to prove at least six months of credit history in Germany.

Don’t count on your German bank to stay open outside of traditional banking hours—as many retail institutions now do here with regular late and Saturday hours. In fact, German banks typically close for an hour at lunch, shut down by 4:00 p.m., and might offer one evening of extended hours till 6:00 p.m. or 6:30 p.m.

You can bank by computer or mobile, checking account balances and transferring funds. But, in addition to a PIN or password, German bank customers typically must use a transaction authentication number (or TAN) as a form of one-time password for each online or mobile transaction to better secure it. These unique six-digit TANs are sent to the account holder on their mobile phone, or can even be produced by a small electronic TAN generator.

Forbidden may be a strong word, but in fact, Germans refrain from using paper checks.

You would be hard-pressed to even cash a U.S. check at a German bank.

Instead, Germans who want to pay a service provider or utility go to their bank and fill out a paper geldüberweisung—money transfer (or fill one out online)—typically provided to the payer by the payee. The transfer authorization typically includes the German recipient’s bankleitzahl, or BLZ, which is like the equivalent of a U.S. bank routing number, as well as the recipient’s account number.

The electronic equivalent of these standing payments orders—which require a TAN—are becoming more common in Germany to pay one-time expenses or regular and recurring bills.

Credit is not nearly as popular as debit

Germans have a deep distrust of credit that literally goes back to the pre-World War II era.

As a result, several retail establishments, restaurants, and service providers will not accept credit cards as payment, favoring instead the more widely accepted German EC card, which usually has an EMV chip and requires a PIN (as opposed to signature).

Indeed, many merchants are still entirely cash-based. (This fact necessitated several unplanned trips to the geldautomat, or ATM, during our first few months in Germany.)

Credit cards are becoming more accepted in the country, particularly in larger cities like Berlin, Munich, and Hamburg, but change is slow. German bank customers can establish a line of credit with their bank for as much as three times their monthly salary, but if they overdraw this amount, the interest can run up to 20% annually.

As a result of Germans’ distaste for credit, cash still reigns supreme as the most popular payment type. Germans even disdain taking on mortgages—to the point that German homeownership is among the lowest in the first world.

Just two out of five Germans own a home—and a large proportion of those will pay for it outright—with the majority of adults opting to rent rather than take on the burden of a home loan. (While the U.S. might be a bit of an outlier—given the oft-referenced American dream of homeownership—even residents of the United Kingdom have a much higher propensity to own, which 66% of citizens there do.)

Because Germans love their cash, the German ATMs are plentiful outside of banks—located in malls and near high streets, just like in the states—and well-networked. There are 116 ATMs for every 100,000 adults in Germany, compared to 92 in Italy, according to International Monetary Fund data.

Customers may be charged a fee (of up to 10 Euro) for withdrawing money from an ATM that does not belong to their bank—just as customers are surcharged in the U.S. However, virtually all German ATMs are interconnected through cooperative networks, including EUFISERV and Cash Pool, which reduce or waive fees for customers from participating banks. As a result of these agreements, some German banks can offer customers free withdrawals nearly nine out of 10 German ATMs.

For a  taste of payments in the U.K., see John Ginovsky’s “Pounds and pence, as you like it”

More in this category: « Never run out of half-and-half again Branch networks as excess baggage »
back to top