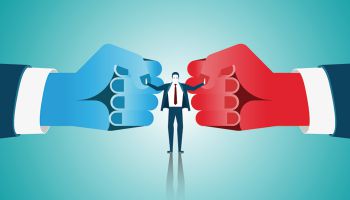 Republicans in both chambers of Congress kicked off efforts to repeal the Consumer Financial Protection Bureau's arbitration rule July 20, threatening the agency's controversial efforts to ban arbitration clauses from many financial products.

The House introduced a bill and the Senate said it plans to introduce a bill that would use the Congressional Review Act, or CRA, to repeal the rule, which was published in the federal register July 19.

Through the CRA, Congress can overturn a regulation if both the House and the Senate pass "disapproval" resolutions through simple majorities.

But the tool has a clock; if Congress fails to get a disapproval signed into law within 60 legislative days of the rule's submission, the rule survives the challenge.

The CFPB had been prepared for a CRA challenge, and Director Richard Cordray said he was actually expecting a repeal effort. [Editor’s note: For more about the rule, see “Arbitration rule draws brickbats and likes”]

By introducing a disapproval resolution only a day after the arbitration rule was published, Republicans are trying to maximize the time they have to follow through on the rule's repeal.

Critics, including Acting Comptroller of the Currency Keith Noreika, have attacked the CFPB's arbitration rule for allegedly exposing banks to large class-action lawsuits. The agency itself has also faced charges of being unconstitutionally structured and having unchecked power.

"The CFPB's anti-arbitration rule hurts consumers and it's another example of the problems caused by this rogue and unaccountable agency," Rep. Keith Rothfus, R-Pa., said. Rothfus introduced the bill in the House, and it is co-sponsored by all 34 Republican members of the House Financial Services Committee.

On the Senate side, eight Republicans said they intend to introduce a disapproval resolution. Senate Banking Committee Chair Mike Crapo, R-Idaho, said members of Congress had raised concerns with the rule when it was being proposed, arguing that the rule should be repealed because those concerns had not been addressed before being finalized. Sen. David Perdue, R-Ga., argued that the rule discourages arbitration even though it is a "cost-effective method to resolve disputes."

Democrats appear poised to fight back on efforts to repeal the rule.

In a statement, Senate Banking Committee Ranking Member Sherrod Brown, D-Ohio, claimed that Wells Fargo is using arbitration clauses to stop defrauded customers from taking the company to court. Brown promised a "hell of a fight" on the disapproval resolution.

Odds of an override

The success of the rule's repeal will likely rest on the shoulders of the Senate, where Republicans can only afford to lose two conservative votes. Senate Republicans, led by Sen. Perdue, most recently failed to repeal the CFPB's rule on prepaid accounts after a media blitz supposedly dissuaded a number of Republicans from supporting the disapproval.

The same group that launched the media campaign, Allied Progress, says it will also fight against the Congressional challenge to the arbitration rule.

Karl Frisch, executive director of Allied Progress, said in an interview that there are a number of Republican senators who have not stated a stance on the issue and could vote against the disapproval if convinced to do so. Frisch said he is considering strategies, perhaps similar to the advertisements used against the prepaid card rule repeal, to pressure moderate Republicans to vote no.

"We're seeing encouraging signs in the Senate that this might not have a path," Frisch said.

Isaac Boltansky, analyst at Compass Point Research & Trading, said in a July 18 note that the likelihood of the rule being repealed was slightly above 50%, adding that the support of Sen. Bob Corker, R-Tenn., increases the odds of CRA passage. Boltansky said that if the arbitration rule does survive a CRA challenge, the rule could still be repealed through legislation, litigation, or a Financial Stability Oversight Council appeal.