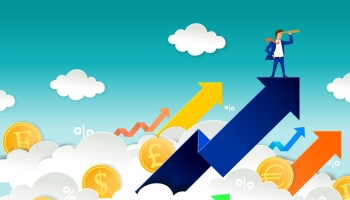 Exchange-traded funds (ETFs) themed around environmental, social and/or governance (ESG) issues hit another record for assets under management in July, breaking through the $100 billion level, according to data from consultancy ETFGI.

More than $6.7 billion in net new money came into the sector during the month, ETFGI reported, bringing year-to-date inflows to $38.8 billion – already significantly more than the $26.7 billion of inflows across the whole of 2019.

Of the top 20 ETFs by inflows for July, nine were iShares products. Between them these funds accounted for more than $1.2 billion of new money into ESG ETFs for the month.

There is now $101 billion invested in ESG-themed ETFs, ETFGI’s data showed. Just over half (51.6%) of this figure is held by European-domiciled products, while US-based funds account for 40.1% of assets.

As of the end of July there were 393 ESG ETFs available on 31 exchanges in 25 countries, from 92 providers.

Socially responsible ETFs have experienced the record inflows amid a volatile backdrop for investment markets. Equity prices around the world fell dramatically in March and April as the Covid-19 pandemic swept the globe.

However, the market rebound was just as dramatic, with the S&P 500 gaining 54.8% between March 23 and August 25, according to FE Analytics.

SRI-conscious investors have used the market rally to buy in to environmental and social investments, with demand for social bonds and green bonds also rising since March, alongside the record inflows into the ETF market.

ETFs specializing in clean energy are proving particularly popular among investors, according a recent Bloomberg report. Invesco’s solar power ETF has gained 75% this year, the news service reported, while the S&P Global Clean Energy Index has risen by 41% - compared to just 2% from global stocks.

Across the wider ETF industry, assets hit a new record of $6.7 trillion at the end of July, ETFGI reported, after net inflows of $79.4 billion during the month.