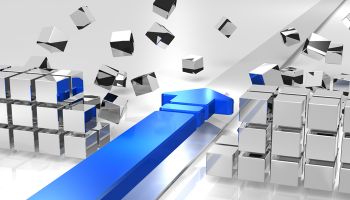 Banking is a highly regulated industry. Banks and the banking public simply accept that as a fact of life in the 21st century. And it’s been a regulated business, with a few exceptions, from its earliest days in the U.S.

Why is this so? Should it continue to be so? And if it remains so, will it be static? Or does the industry risk even more regulatory impact as the political season warms up?

There are actually two distinct reasons for extensive bank regulation. The first can be characterized as a practical economic one.

Our money has not been convertible into gold in 83 years. Our monetary system is based on “fiat money” and, apart from the physical currency in circulation, “money” in the U.S. and other industrialized nations consists collectively of our bank deposits.

What makes it money—and how it conforms to the definition of money—is our willingness to permit it to be held in the form of deposits and transferred from one owner to another at our direction. Historically, the transfers were accomplished by check. In more modern times, of course, the transfers among owners are increasingly done electronically.

The system works because the holders of money, you and me, trust the banks to be able to accomplish the task of holding and transferring our money without fear of loss or failure. From the earliest times in our monetary history, safe and sound banks  have been essential to the stability of our money supply and, ultimately, to our national economy.

Ultimately our system runs on the confidence of the participants in our economic system in the various components to work as they should. This means that each bank must be continually capable of transferring sums from one participant to another. Banks must be viable businesses. The health of our economic system depends on their capacity to do what we expect them to do.

This is what makes safety and soundness of the banks a matter of urgent public policy.

A process subject to constant revision

The various and occasionally very sharp economic cycles characteristic of our early history were largely relieved by the Federal Reserve System with its creation in 1913. The banking holiday of 1933, a consequence of the Great Depression that seized up our entire monetary system, gave rise to FDIC. Deposit insurance by an agency of the federal government required that government be more than passively involved in the soundness of the system.

The regulation of banks historically developed out of local and provincial attitudes toward banking by the various state legislatures. From the earliest days of our republic, the legislatures dictated varying degrees of geographical limitations on how banks operated. In California, branch banking was an early feature of the landscape while in Florida, the prohibition on branching was total, with none permitted until 1981.

Technology was put to work in finding ways of moving money around among its owners making technology the ultimate enabler in permitting the growth of our banking system. These were ways that served the economic interests of all the participants in spite of politically imposed limitations.

By the latter part of the 20th century, we had completed our evolution from a largely rural economy to an industrialized one and many of the remaining politically mandated constraints dating from earlier times were finally removed.

But safety and soundness has long remained important and require, in the eyes of those in Washington, significant strengthening and stiffening, most recently seen in the form of the Dodd-Frank Act.

Yet that is also a symptom of the second kind of regulation that I alluded to earlier.

Principal among the aims of this other face of bank regulation are the social objectives of Congress.

Over the years, the list of those interests and objectives has grown quite long. Among the most visible are “truth in” laws such as Truth in Lending and its consequent variations; equal credit opportunity laws, prohibiting discriminatory practices on certain defined classes of borrowers; and the Community Reinvestment Act requiring banks to serve all segments of their respective communities in the providing of services, including access to those services. Newer rules, such as the “double A” UDAAP—Unfair or Deceptive or Abusive Acts and Practices—have come to the fore as the crisis brought about an emphasis on “fairness,” building on past evolutions.

Many of these efforts began with good intentions. However, one can say that Congress has compelled banks to implement prescribed standards and programs quite apart from the original purposes of banking and the serving of our country’s economic interests. We scratch our heads collectively at the monster—and a somewhat outdated one, at that—that community reinvestment became and wonder what this has to do with the efficient and effective functioning of our economic system.

Government has been active as well in forcing increased and systemically unwise levels of residential mortgage debt to achieve arbitrary target  levels of homeownership beyond the level of prudence and utility. Increasingly, banking has been required to shoulder burdens of a political agenda forced upon it by a Congress seeking to court favor with potential voters of certain classes and ethnicities.

Where will history lead?

I’ve really only given an overview here. What’s next, we ask?

But then, many of us can see what’s coming. I suspect the biggest initiatives will involve the allocation of credit. We are already experiencing regulatory “interest” in limiting banking’s accommodation of customers engaged in what are considered to be anti-social sorts of business such as pay day loans.

This comes at a time when the reputation of banks is at a low ebb, due to the behaviors of many banks and bankers, especially very large institutions, discovered as a consequence of the Great Recession.

We are simply less credible to the general public today than we were 10 and 15 years ago, one of the unhappy consequences of reputation risk. It is also in part the consequence of certain ideas—perhaps ideology is an apt descriptor—that are entering the mainstream of political thought.

Against the political winds

Banking regulation at its source is political and it is necessary for a smoothly functioning economic system. But some of it is the times we live in. The Federal Reserve is under intense and, in the opinion of many, unwise scrutiny in the conduct of monetary policy while the success of the proponents of Dodd-Frank are simply additional evidence of the harsh winds of change that are upon us.

Where are our trade associations?

Where are our political allies in the state and federal legislatures?

Does everyone fully appreciate the stakes?

This will be a fight, and perhaps before it’s over, it will be a big brawl. But bankers will find themselves engaged in a battle over the basic premises of our existence. Technology will not buffer us from the consequences of what’s coming next.

How do we prepare for this brave new world? What are the skill sets and competencies we need to both survive and prosper?  And ultimately, who are our allies?

More in this category: « Budget time: Looking in the right places? The 7 Cs of the Credit Committee »
back to top