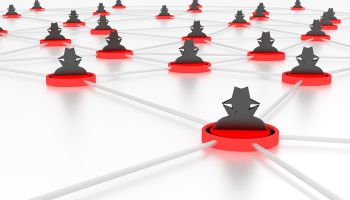 Sources of risk never seem to go away, even as they gather more company. But new developments may curtail the growth, a Deloitte risk expert suggests.

As financial institutions generally intensify their efforts to manage traditional types of risk, newer categories of risk present yet more challenges, according to a recent global risk management survey by Deloitte & Touche LLP.

Of particular concern, regarding newer forms of risk, are the management of models, third parties, and data integrity, as well as heightened risk caused by geopolitical developments, according to the survey report.

“Boards of directors are devoting more time and taking a more active role in the oversight of risk management,” Edward Hida, risk and capital management leader, Financial Services, for Deloitte, wrote in the forward to the survey report.

This has been accompanied by an institutionalization of risk management, at least in larger organizations.

“The chief risk officer position has become almost universal, and CROs are increasingly reporting directly to the board of directors and the chief executive officer,” wrote Hida. “Enterprise risk management programs designed to identify and manage risks across the enterprise are now the norm. Almost all respondents consider their institution to be effective in managing traditional risk types such as credit, market, and liquidity risk.”

Will this year reverse the trend?

Looking forward, however, Hida notes that 2017 may bring about “an inflection point” regarding risk management concerns and practices.

“The trend of ever-broader and more stringent regulatory requirements may slow or actually be reversed in some areas,” he says in the survey’s forward.

Generally classified as geopolitical risks—due to their uncertainties—they include these developments: the Federal Reserve’s elimination of qualitative review of capital plans and stress testing for large, noncomplex firms; the resistance of some European regulators and institutions to establish Basel IV capital floor proposals; and U.S. federal government’s announcements regarding reviewing and potentially cutting back on Dodd-Frank Act requirements.

“There is also far more uncertainty than usual over the outlook for economic growth given the United Kingdom’s referendum to leave the European Union; the rise of populist parties in France, Italy, and other European countries that oppose membership in the European Union; and President Trump’s decision to withdraw from the Trans-Pacific Partnership and his pledge to renegotiate trade agreements with China and Mexico,” wrote Hida.

Hida added that the ultimate impact of these developments is a toss-up.

“While all of these developments could depress growth, there is also the potential for increased business activity,” Hida wrote. This judgment is based on President Trump’s proposals during the campaign to reduce taxes, launch a major infrastructure investment, and cut regulations. All of these are works in progress.

In an interview with Banking Exchange, Hida said that “geopolitical risks in many cases increase uncertainty in the environment. To manage uncertainty it’s helpful to have the capabilities that are more nimble, quicker, and able to do ʻwhat-if’ analyses.”

Hida believes that the ability to have nimble systems, more timely information, and speed throughout the process “is a good way to help manage that.”

Roughly half of survey respondents were either extremely or very concerned about several issues related to IT systems. These included legacy systems and antiquated architecture or end-of-life systems (51%); inability to respond to time-sensitive and ad-hoc requests (49%); lack of flexibility to extend the current systems (48%); and lack of integration among systems (44%).

Robotic process automation might be used for risk management in processes such as credit rating and scoring, Hida said in the interview. Cognitive technologies could have applications in risk management such as monitoring patterns of behavior to identify where certain transactions or activities by individuals might be more risky than usual, warranting a second look by management.

Hida explained this as follows: “From a risk standpoint, one thing that’s important to tie into strategic planning is what’s called ‘risk appetite.’ It sets the boundaries for risk management, and, related to that, the actual limits that are to be used to monitor the risk. If the strategic plan is consistent with risk appetite, and the risk limits then cascade off of that and are consistent, then the overall approach that is being used on the business side and the risk side should be in concert with each other.”

As part of fintech morphs into regtech, the overarching imperatives are to do everything quicker and more accurately, Hida agrees.

“The world we’re living in is more volatile. Nimbleness and speed is more important than ever before. Technology provides a great enabler for that,” he says.

More in this category: « More eyes on bank sales Will credit risk take banking into crunch again? »
back to top