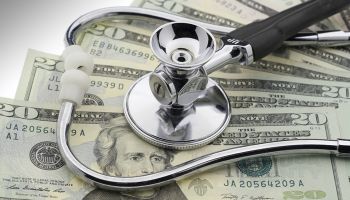 Bank examinations evolve and shift with the times. Many factors go into the regulators’ changing approach to this supervisory basic. Regulatory focuses shift, priorities are adjusted, and the scope and approaches used change in response to banking conditions and to the industry’s own approaches and practices.

One size never fit all

In previous columns I’ve discussed how bank examinations underwent a major metamorphosis in the 1970s. Examinations were becoming very labor-intensive at a time when bank branches and types of business lines offered were growing almost exponentially.

The response to the growing dilemma of running thorough, yet efficient, safety-and- soundness exams gave rise to the examiner push for formalizing bank credit policies. It’s not that banks didn’t have credit policies in the 1970s. Rather, the level of formality within banks tended to diverge, at times sharply, between large banks and small.

In large banks, the credit staff was not all located at the same or nearby locations and many lenders probably had never met each other, owing to business scope and geographic distances. This required a different managerial approach than did most community banks. Community bank lenders tended to know each other and work more closely in teams and committees. There also tended to be more of an “oral tradition” of imparting credit standards that was simply impossible at a large institution.

The results hardly seem revolutionary to us today but 35 years ago, the examiner mandate for formal, written policies was in sharp contrast to years of practice and tradition. Looking back on it now, though, it made good sense and served the industry well.

If examiners agreed that a bank’s policy was sensible and reflected conservative and sound lending principles and rules, then “auditing” credit underwriting to the language and spirit of the policy made sense. And it certainly was more efficient than wading into the entire loan portfolio and judging the result against no common source of understanding about what the underwriting standards were in the first place.

A new shift in examination approach?

What got me thinking along these lines was the very recent news that the supervisory agencies are rethinking the concept of “resident examiners” at the nation’s largest banks.

This move is not a complete surprise. The shrinking number of banks has not resulted in a lessening of staffing pressures on the agencies. Instead, the complexities of the banking business today require more of an industry-wide than a bank-specific orientation.

Let’s look at the background of this potential evolution for a moment. Twenty years ago examiners began to be stationed on-site at the largest banks. The logic of the move at the time was to afford the examiners the opportunity to observe the day-to-day process of the bank with an insider’s view. This was meant as an alternative to relying almost exclusively on written reports and periodic on-site examinations every year or two.

On balance, that seemed to work pretty well. I remember, though, at the time a few experienced observers within banks and examiner staffs voiced concerns that the examiners and the bankers could become too “familiar” and that friendships and interpersonal relationships might compromise the independent judgment of the examiners.

Wake of the “whale”

In the aftermath of J. P. Morgan Chase’s London Whale problems, the role of resident examiners was in the spotlight and much appeared in the financial press about the interactions of the bank’s staff and members of the Comptroller’s Office.

I personally don’t think that the examiners were compromised during that process but it highlighted a somewhat different problem.

Complexity of the modern business model seems to be at the heart of the issue to somewhat curtail the resident examiner model. Examiners will continue to maintain their presence in the very large banks, but the specialized knowledge of modern banking practice and methods is resulting in a talent shortage within the examining staffs themselves. Examiners with knowledge of risk management models and methodologies are needed to oversee banks with more product line diversity than seemed to be the case even a few years ago.

The staffing adjustments by the examiners seem to make sense. Training is a serious business these days and the skills of today are not the same as those needed only a few years ago. Nor are they necessarily comparable to those that will be needed a few years hence.

Is there an underlying issue here?

The national political dialogue has recently incorporated language about “income inequality.”  I think we all understand what that means, though we may not agree on whether it’s a serious issue or not.

What occurs to me is that we may be developing an accelerating “knowledge inequality” as an industry.

Could the evolving model of safety and soundness examination and evaluation reflect the growing likelihood of a real knowledge (skill) gap among bankers?

To what degree might that impact the availability of skills necessary in coming years?

What should we do about it?

The question is not the difference in business models between the very largest and the very smallest participants in our industry.

Rather it’s the gradual but certain “creep” in the required skill levels to maintain quality control over the business we do. Community banks especially have been experiencing this in developing and maintaining the credit skills of their lenders.

Once again, the examiners seem to be showing us the way.

Imagine how much pain and dislocation we might spare ourselves if we as an industry were as focused on the changing needs of our business as the examiners seem to be. Training is key and yet the frugality of our training budgets in recent years may be jeopardizing our future performance, if not our collective soundness.

I wonder how many appreciate the connection.

More in this category: « Pernicious form of operational risk Art of conversation, for lenders »
back to top