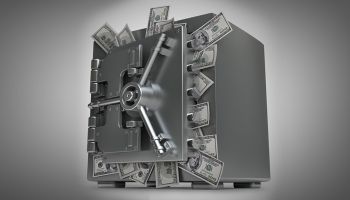 I have a banker friend who, when discussing loan risk with his borrowers, asks if they would mind if he put their mothers’ savings into the funding of their loans.

It’s a theatrical sort of question.

But it does frame the risk equation in a graphic way.

This is the opposite of the investor view that a higher ROE is always better. After our collective experience as an industry in the years since 2007, it’s no surprise that examiners have a different perspective than many of us.

What is the proper place for ROE?

Many bankers view shareholder return as the ultimate metric of bank and banker performance. More is always better and trumps everything else, in this view.

Shareholder return is important, to be sure, but should it always be the paramount objective? The examiners have their views on the subject and often find themselves on the other side of this persistent and important dialogue.

There’s probably not an absolute answer to questions of this nature. But is there consensus that there was too much risk a few years ago and perhaps not enough risk-taking today (in the sense of facilitating reasonable commercial activity)?  Is our economy fully recovered and performing in an optimal fashion?

Coming out of the recent recession, then-Secretary of the Treasury Geithner directed that the top banks ranked by assets, those that were systemically important to the national economy, be subjected to a rigorous stress testing of their capital accounts.

(I recall thinking, when this decision was made public, that I hoped he knew the answer before asking the question.)

Fortunately, the published results reflected a banking system that possessed adequate capital to weather another serious economic disruption. Stress testing has since evolved into the Federal Reserve’s principal tool to assure that capital management at the nation’s largest banking institutions is facilitated in an appropriate way.

I’ve noted with interest the reaction of columnists, pundits, and industry observers to the failure of Citibank to obtain Federal Reserve approval of returning capital to shareholders in the form of common share buy-backs and an increase in the common dividend from one cent to five cents per share. The results of the bank’s latest stress test did not reveal any capital inadequacies but they were not robust enough to win approval for a significant return of capital to shareholders at this time.

Broad lessons for all bankers about capital

There seems to be a consensus among the commentators that the examiners made a “bad call” and that they are being too repressive of Citibank’s capital plan. Perhaps this is just a “knee jerk” reaction to yet more examiner-mandated limitations on banks. After all, relationships became quite frayed at times between examiners and bank managements in recent years. It is understandable.

But let’s put the angst to the side, for a moment.

Personally, I was trained that bank capital is a scarce, and therefore precious, resource. It’s the fundamental, basic building block underneath all the other sources of funds, which largely comprise the deposits of our customers.

I don’t believe that a bank—or any business—should deliberately consume its own seed corn.

This is directly related to the issue of return on equity. If income is constant (the numerator of the ROE ratio) and the denominator is reduced (say, by dividends to common shareholders or the buyback of common shares) then the return is enhanced.

But is such financial engineering really a good strategy? I don’t see it as conservative banking, by bankers who are trained to see things primarily through a risk prism, rather than one of return.

Surely, failure to get Fed approval of its capital plan was a major disappointment to Citi’s management and its relatively new CEO. The general business press has discussed how surprising this was. How could this have happened?  Weren’t the two sides talking extensively during this several-months-long process?

In my own problem bank work over the last 25 years, I’ve experienced personally the difficulties of conversing with the various constituencies of a bank—owners, directors, staff, customers, and general public, to mention some major ones. It’s relatively easy to not hear or perhaps under-react to a nuance in the spoken or written word.

As a bank shareholder, I must admit, I certainly appreciate a quarterly dividend that’s larger rather than smaller. It’s not that I don’t get that part of the argument.

Perhaps the most useful development that has come out of the latest round of stress testing is the opportunity to talk collectively and collaboratively about bank capital.

We all know it’s important but—how much of it is “enough”?

Perhaps we don’t all see the inherent contradiction between a consistent return on equity year over year and the various capital maneuvers that are intended to “juice” the return on equity ratio.

I wish the Citibank management well, but not at the expense of depreciating the high value that those bankers of my generation place on capital. Capital to me is the starting point of all financial analysis. We cannot forget its basic and fundamental purpose: Absorbing losses.

Many of us can also relate to how hard these public and private discussions between regulators and regulated can be. It’s not that they should necessarily be easy, but the fact that they are often hard, that is an important caveat. We have not fully plumbed the depths of the Too Big To Fail issue, and capital will be key to any resolution or consensus on that issue.

The ROE ratio will be a key component for a proper framing of such discussion. If returns are too low for investors, perhaps there are better ways to improve ROE. Perhaps an alternative strategy is to shed some assets, and thereby improve ROE. When you think about it, that’s really at the heart of this longtime policy conundrum and the very public discussion over Citi could be useful material for reflection.

More in this category: « Advice to a young lender Could you survive an acquisition? »
back to top