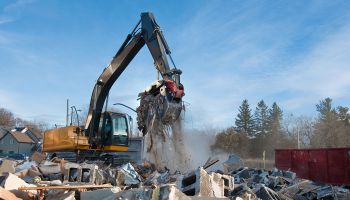 Two week's ago I wrote about my upcoming participation in a presentation to the Board of Consultors of the Archdiocese of Santa Fe and of my concern that our group not understate the risks of our proposal nor overstate the benefits. I drew some parallels with loan committees in, “Too much information.”

This week I can report on what happened. Along the way, I felt what is was like to be on the other side of the desk, in a lending transaction sense, as well.

Earlier this week, four of us from our local downtown Albuquerque parish community presented our proposal on how we could contribute the site of our recently closed assisted living center to a development partnership to be created for the purpose of sponsoring the building of low-to-moderate income senior citizen residential units.

One of our group is a local real estate entrepreneur, investor, and operator and he knows the “ins and outs” of the federal government subsidized housing programs thoroughly. He quickly convinced us of the virtues and advantages of the program and that became the basis of our proposal to the consultors.

The other three members though are a semi-retired commercial banker (myself), a food broker, and Jesuit priest. Not exactly real estate mavens would you say?

But this was our challenge, and with some unusual facts, too.

The property, as is common in the Catholic Church in this country, is owned by the Archbishop in an organizational form known as the “corporate sole.” In other words, the local bishop—in our case he’s an archbishop with regional responsibilities—holds title to all real estate, which is then used for the benefit of the local church communities.

The archbishop usually follows the recommendations of his advisors in such matters so it was up to us to convince them of the sense and reasonableness of our proposal.

Time is of the essence. If we are to make the funding cycle for 2015, we must have our application for funding filed by Feb. 1, 2015 with the New Mexico Mortgage Finance Authority, the local conduit for federal assistance.

That means that between now and then we have to identify a development partner, negotiate the particulars of the project, and then allow the developer to develop the site plan and the structure of the partnership particulars.

This is not a terribly complicated process. But it’s a time-consuming one and the developer is likely to spend upwards of $100,000 in the application phase doing site evaluation and planning. So it’s a time for due diligence on everyone’s part.

Our situation is a bit more complicated in that we at the parish level do not have direct site control (as we’re not the direct owners, as explained). That, and we had to be candid about our local situation while not “scaring” off the consultors.

The former assisted living center is a 15,000 square foot, 60-year old building in need of substantial capital improvements for any other purpose.

We had an independent architectural review about a year ago and learned that to bring the building up to basic code, the costs would approximate $300,000; to bring it up to a competitive standard for alternative uses would cost upwards of $2 million.

We just don’t have those sorts of resources at the parish level and the Archdiocese has no need for building space for any known purpose downtown and several miles removed from its present offices.

Balancing yes and no

Maybe it would be better to just sell off the property?

The funding requirement for an alternative use of the structure is a big-ticket item. But there’s also the urgency of our time line.

As a lender, I was always skeptical of any proposal that needed an answer “right now.” Perhaps this came from an early boss who used to say, “If you need an answer right now, the answer is no.”

A “yes,” in other words, takes longer than a no and that’s driven by the need for reasonable due diligence and a risk assessment.

Our own assessment concluded that the building should be razed, and that an alternative use for the site be found.

To market the site in that fashion, we’d have to bear the cost of demolition that’s been variously estimated at between $100,000 and $150,000, depending on the extent of recyclable materials.

As I critiqued what we’d be proposing to the Consultors I concluded that our request would be for a conveyance of the site to the to-be-formed development partnership consisting of our parish community and a to-be-identified private developer on a timetable that required an almost immediate response.

Failure to act in a timely manner would subject the local church community to the upkeep of an obsolete building. We have estimated the carrying costs at approximately $1,200 per month including primarily insurance, utilities, and security.

Suddenly I knew how it felt to be in the shoes of the borrower. How much credibility would we have?

If we make a misstep or if we fail to get partnership funding, it will cost us dearly in the financial sense, as we only have funds from the closure of the assisted living facility for about one year of holding costs.

The Archdiocese for its part has no financial responsibility but the reality is that as the owner of the site, it’s ultimately their problem as much as it’s ours.

Yet reminding them of that would not be good form.

Meeting day: Boiling it all down to a half-hour

We had been allowed 30 minutes on the board’s busy agenda. At the conclusion of our formal remarks and the questions that followed  (well-informed questions, I found) one local pastor said, “Tell us exactly what you’re asking from us.”

That allowed us to restate the request fully with our issues and concerns. At that point, the Archbishop thanked us and suggested we wait in an adjacent conference room. Our presentation with questions clocked in at 45 minutes.

A few moments later, the chairman of the committee came to us and said that our request was approved as presented. The only issue they reserved for themselves  was to review the development agreement before closing on how the site was to be held for the term of the project to assure that if the site ceased to be used for subsidized rental housing, it would revert back to the Archdiocese.

We were amazed, frankly, that our proposal had not only been viewed favorably and quickly but enthusiastically. The consultors had done their homework, figured out early on that our idea was likely a better alternative than about anything else they or we could imagine, and encouraged us to proceed.

For our part, we were candid about the risks going forward and of the risks of doing nothing. We didn’t hype or exaggerate.

If we are ultimately successful, we’ll have shown how an obsolete land use can be recycled for the benefit of our community consistent with the values we hold and profess.

More in this category: « Has Penn Square sunk in? “Sorry, Mr. Bernanke” »
back to top