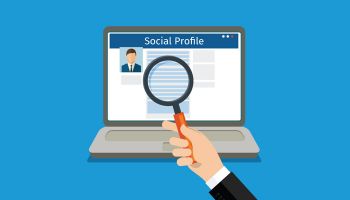 How should bankers decide who qualifies for a loan? This has constantly evolved during the history of banking, and the advent of fintech-based lending is only accelerating the re-thinking of the business of lending money.

A recent blog posted by a guest on this website got me looking at business lending standards and where they could go, in time.

In a long career in lending and management, I have seen most everything in the underwriting of credit. My formal training, like that of many in the business today, started with the “Cs of Credit.” There were four of them on my first day as a banker: Character, Capacity, Collateral, and Conditions.

Our national economy struggled under “stagflation,” that pernicious coincidence of stagnant real growth and a surge in inflation, in the 1970s.

This was followed by the hyper-inflation of hydrocarbons—oil and natural gas. Although the distress of that time was concentrated in the oil field and banks that served the oil field, several money center banks were sucked into the commodity price boom through aggressive participations in energy-related credit. Petroleum is an important component of cost for a great many businesses, so the impact of price swings is felt to a greater or lesser extent most everywhere.

The 1970s and 1980s saw the addition of a fifth C of Credit: Collections. There was lots of collection activity in those days— yet not a well-developed sense of how to organize institutionally to accomplish it.

With the recognition that collections are an important part of the complete credit extension process, the examiners turned their focus on the familiar tendency of many lenders to focus excessively on collateral.

To many lenders, it had evolved into the most important C—eclipsing even Character.

Collateral is important but, except in the case of specialized credit products, it’s never the primary source of repayment of a loan—at least when the loan is being underwritten.

Why would you or I deliberately make a loan where we’d likely have to liquidate collateral through a collection process to get the bank repaid?

To me, the tendency to over-value collateral as a repayment source is a “lazy man’s” way to analyze risk. The best way is to fully investigate the borrower’s Capacity.

This is normally done by analyzing cash flow from routine and regular operating activity. However, analyzing financial statements and thoroughly understanding the borrower’s credit means analyzing its process of  producing a product as inventory, then selling the inventory to generate accounts receivables, and then converting the receivables to cash.

But then, I’m describing the flood to Noah.

Be open to some fresh thinking

We have to find ways of analyzing a borrower’s capacity to generate cash flow. There’s no short cut to that for lenders but every once in a while there’s a fresh way to look at things or novel ways of judging the capacities of our borrowers.

One such new way to me is the latest blog on Unconventional Wisdom: “Could great social media ratings make a better loan?”

Author David Huizinga, who works for Experian, suggests that there are additional ways to assess the borrower’s ability to repay. He points to the use of alternative data by such players as online lenders.

Food for traditional lenders’ thought: What about social media activity as a barometer of customer satisfaction and “buzz” about the business? What other data points might be accessed to better understand the level of credit risk in a business?

There is precedent for looking beyond the usual.

Consumer lenders to underserved credit prospects often look to the prospect’s payment history and patterns of utility bills and other recurring expenditures, for example. Mobile home lenders are often considered to be serving generally unbankable creditors. Yet my experience as CRA officer at a large (for its time) regional bank in Oklahoma showed me that there is real and useful information in some unconventional patterns of activity at least in terms of underwriting a credit.

We are in deeper into the age of “big data” than I had realized until very recently. There’s a lot of information that is potentially indicative of consumer behavior and if there is sufficient interest and demand, someone will ferret it out and provide it.

I tend to be skeptical personally of social media in the sense that it seems very emotive and non-objective. And some of the apparent activity could certainly be generated fictitiously. But these are probably not insoluble issues any more than we can currently understand the full range of alternative data points that lenders might ultimately use.

There will have to be testing and verification and perhaps some supervised pilot programs. Senior managers and boards of directors will have to “buy in” and the various regulatory agencies will have their say as well.

New ideas could lead to progress

But potential new evolutions in credit evaluation shouldn’t be missed. Today, in so many ways, we are limited by our lack of imagination and our somewhat encrusted historical ways of doing things.

A very big need today is to make relatively small dollar credit more widely available to small businesses and entrepreneurs. These are the hardest customers to serve profitably, but the solution to much of this may lie in potential applications of big data.

Even though our institutions have a problem with making small dollar loans, it’s much more a matter of current profitability than an unwillingness to fully serve our communities.

Banks have suffered severe hits recently to their reputations. Maybe we have some significant opportunities right in front of us to improve the flow of credit to small businesses. Maybe a key piece of this is the ability to assess a borrower’s capacity more quickly, more cheaply, and with a broader array of inputs.

Who would have thought this possible in something so seemingly prosaic buried within the Five Cs of Credit?