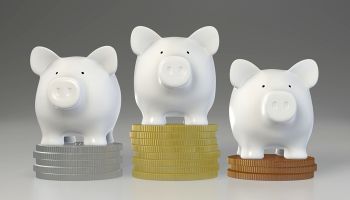 It’s quarterly “earnings season” for publicly traded companies and banking seems to be receiving more than its fair share of attention. So far, the reported banking results for the latest quarter appear to be a muddle: not so good, better than expected, lousy net interest margins—and energy credit worries.

For the last couple of years, bank earnings have been decent—but not great. The biggest issue is our collective net interest margin. There’s simply no internal fix that any bank management can undertake on its own to repair it. It’s a market issue.

Perhaps it’s important to note that the activities contributing to the shortfall of current earnings have been the “non-traditional” ones. That’s as understood in terms of Glass-Steagall and the Gramm Leach Bliley Act. Business lines like “trading activity and “investment banking” have been cited in several press releases.

It’s also appropriate to note that volatility of bank earnings reflects a level of risk present in any particular company’s financial circumstances. Financial performance over time can be a reasonable proxy for the degree of risk within the enterprise.

The major banks that have reported so far have all reported net earnings per share (the most widely reported metric) down compared to last quarter, but exceeding the expectations of the analysts who follow publicly traded equities of banks.

Some of this effect may be the result of banks leading market expectations to the down side, so as to ultimately report an EPS number that in and of itself “seems” more favorable than it may actually be. This is nothing new. So long as no factually incorrect or misleading information is disseminated, it’s perfectly legitimate.

It’s interesting, though, that smaller banks, many in the category of publicly traded community banks, have had a decent run of earnings results the last two or three years. Even Sen. Elizabeth Warren (D.-Mass.) noted that for all of the complaining by bankers about the financial burden of Dodd-Frank, the financial results of the community banks have been quite good.

Wells Fargo’s earnings shortfall, compared to earlier quarters, is reported to be attributable to its basic banking business impacted, as it is, by a very narrow net interest margin and analysts’ concern over its relatively large volume of soured energy loans. Wells’ management has downplayed its energy exposure in modest terms and said that it is making necessary provisions to cover any further deterioration by provisions to its loan loss reserve.

But note that the conversation is about basic banking issues.

The Comptroller of the Currency at his yearend assessment of the risks in the banking industry cited his concern, widely shared by other supervisory agencies, that some bank managements have been reaching for loan business and reaching for yield in their investment portfolios.

For a significant number of banks this means that as rates “normalize” their investment portfolios will suffer losses of market value particularly in those securities with long maturities.

Another expressed concern is the concerted effort by some banks to increase loan outstandings by shaving credit standards.

Just in the last few days there was an article in The Wall Street Journal calling attention to the duration risk existing today in the bond markets. These are quiet risks—but no less lethal, as they can confound bondholders such as banks, insurance companies, pension funds, and the like in long-term ways with loss of market value. This is an area where banks need to consider such impacts beyond just their own balance sheets as the effects can be very disruptive and long lasting and affect a number of different industries in direct and indirect ways.

One of the surprises of the severe drop in oil prices is the negative impact rippling through sectors of the national economy.

True, the benefits of lower energy costs are a significant plus for all consumers and many industries that are significant consumers of energy.

However, there have been wide-reaching negative impacts. These include the recent precipitous drop in energy exploration and production, curtailed capital investment plans, and the downstream impacts in the supply chains of these activities.

The impact “gets local” too. Consider the effects on those communities—and their local banks—that depend directly or indirectly on fossil fuels.

What to take away from this earnings season

Ultimately, what lessons can we learn this quarter from reported bank earnings on the state of our industry?

• The basic business of banking seems healthy. Earnings from basic banking activities are more or less flat. But loan growth has compensated for the inflationary bias in the cost structures.

• Reform law actually hit its target. Dodd-Frank seems to have resulted in a genuine impact in limiting the level of risk in large bank financial performance.

• Credit concentrations still not immune to gravity. Concentrations of credit such as the apparent energy related concentration of Wells Fargo and the rapid growth of this exposure continue to bite banks that do not carefully manage the size and character of these exposures.

• Heading further towards the edge. The persistence of a cautious earnings outlook by bankers has created the urge by some to relax credit standards for the purpose of increasing loan volume as noted by supervisory agencies.

Meanwhile, back at the campaigns…

Sen. Bernard Sanders (D.-Vt.) continues to hector the giants of the industry and this is ultimately harmful to the banking public’s confidence in banks. If the largest institutions are to  be broken up, it should be the market through its allocation of capital that brings about such change—not Washington’s decision.

Unfortunately our current presidential election season has revealed a gaping hole in the level of financial literacy of the banking public. Maybe a giant effort by the banking industry to educate the public is the proper antidote to the serious damage done to our reputations.

More in this category: « Political forecast: Hazy, high chance of folderol Oil patch bank exam 300 miles down the hall »
back to top