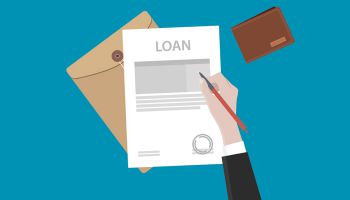 Amid a generally increased level of concern about bank credit, the Comptroller’s Office has increased its focus on commercial real estate credit.

In releasing the agency’s Semiannual Risk Perspective for the first half of the year, OCC’s National Risk Committee stated that CRE credit had moved from “monitoring status” to “an area of additional emphasis.”

“Banks continue to ease underwriting standards and practices across a variety of credit products as they strive for volume and yield in an increasingly competitive environment,” the committee stated in its report. “Easing standards are particularly evident in indirect auto, C&I, and CRE lending. Increased risk layering is an additional concern.”

More specifically, the report said of CRE that looser underwriting standards had been seen in 2015. This included observations of less-restrictive loan covenants, extended maturities, longer interest-only payment periods, and limited guarantor requirements. The latter were given as an example of increased risk layering.

“Banks are placing greater reliance on loan-to-value ratios to mitigate other structural concessions,” OCC reported—which would mean lowering permitted LTVs as a means of shoring up a credit.

Comptroller Thomas Curry told reporters during a press briefing that, reflecting increasing demand from borrowers for CRE credit, at yearend 406 banks had CRE portfolios that had grown over 50% in the prior three years.

“Of note,” said Curry, “more than 180 of these banks more than doubled their CRE portfolios during the past three years.” In the face of such growth—CRE credit has risen among both larger banks and community banks—examinations by OCC found not only the loosening cited earlier, but also “deficient stress testing practices,” according to Curry.

Discussions of the ups and downs of CRE over the years have usually included regulatory references to the factors of loosening, much as those cited above.

During the press briefing OCC officials were asked if this loosening, in response to competitive pressures, was coming earlier, later, or at about the same time in the business cycle as in previous cycles. In other words, were banks easing up earlier or right on “schedule”?

An OCC officially suggested that anyone who could answer that question would be in a more profitable line of work.

Out of synch with the Fed

The OCC report dealt with risks identified numerically through yearend, though additional data plus anecdotal evidence was cited for the period between yearend and the release date of the report.

Perhaps in part given the timing factor of the bulk of the data underlying its report, OCC acknowledged that its report’s characterization of the industry’s credit attitude did not completely synch with that of the April Federal Reserve Board Senior Loan Officer Opinion Survey On Bank Lending Practices.

That survey had reported that among its sampling there had been a tightening for CRE loans in the fourth quarter of 2015 as well as in the first quarter of this year. The prudential regulators had issued a reminder of their decade-long guidance on CRE concentration levels and related issues in late 2015, “Interagency Statement On Prudential Risk Management For Commercial Real Estate Lending.”

The Fed research indicated significant tightening in standards for construction and land development loans and loans secured by multifamily residential properties. Standards were moderately tightened, the report continued, in the area of other types of CRE credit. Banks reported stronger demand for CRE credit across all categories.

As opposed to the Fed report’s observations, “the OCC has not, however, seen evidence of tightening during supervisory activities to date,” the Comptroller’s report states.

The Fed lender survey, released in April, included both standard and special questions about CRE credit. Those surveyed reported mostly leaving CRE loan terms unchanged over the year before (2014).

One yellow light raised by the Fed research is the matter of refinancings of CRE debt. Commercial Mortgage Backed Securities (CMBS) conduits have been throttling back on purchases of CRE debt. Meanwhile, loans already securitized will be reaching the point of requiring refinancing.

“Banks reported increasing the volume of origination of CRE loans while decreasing the volume of CRE loan securitizations,” the Fed report stated. “When asked about the anticipated large amounts of CRE loans originated in 2006 and currently held in CMBS that will need to be refinanced over the next six months, some banks noted they expect standards for these refinancings to be somewhat tighter than the standards they expect to apply to other CRE loans.”

In mid-May Eric Rosengren, president and CEO of the Federal Reserve District Bank of Boston gave a speech detailing his own concerns about CRE credit both nationally and in his district. He regarded low interest rates as a mixed blessing, in this regard.

Low rates for an extended period have helped the economy, according to Rosengren. However, “there can be potential costs to accommodation if rates stay too low for too long.”

Elaborating, Rosengren said that “one cost involves the potential of very low interest rates encouraging speculative behavior.” Rosengren noted that there has been some appreciation in commercial real estate prices as labor markets improved and vacancy rates fell. However, in some markets and some property types, the heat is rising.

Rosengren pointed to apartment buildings as one example.

“History shows that most periods of serious financial instability involve a scenario in which debt is high relative to a volatile underlying asset, and the value of the asset subsequently declines,” Rosengren said. “These declines not only create problems for the owners of the asset (in this case, property), but also for the lenders—who may end up acquiring the asset in the event of default.”

The New England commercial real estate debacle of the late 1980s-early 1990s represents a good example of what can happen, said Rosengren, and something to be avoided.

Regarding apartment properties, the OCC’s report noted that “apartments are at a more advanced stage of the vacancy rate cycle than other commercial property types and so could see rising vacancy rates sooner than other property types. Because of booming new apartment construction, the national apartment vacancy rate, which fluctuated within a narrow range in the past two years, is expected to increase by nearly 1 percentage point over the next two years.”

OCC said that markets with the greatest amounts of new construction will see apartment vacancy rates rise even higher.

On the other hand, not having seen the uptick in new construction of the multifamily sector, other CRE categories should not see a rise in vacancies, but rather, a continuing decline in vacancies over the next couple of years, according to OCC.

The OCC report noted that multifamily lending continues to grow across all bank size categories, though it was stronger among banks with assets of greater than $1 billion. Although multifamily CRE lending represents a small share of total bank credit, according to OCC, it is a significant concentration and a fast-growing category for more than one in seven banks that are experiencing growth rates of 10% or more.

OCC also said that commercial real estate industry figures indicate that the pace of growth in CRE property values will likely slow in the period ahead.

“In the next [period],” said OCC, “higher interest rates will raise borrowing costs for both domestic and foreign investors and could dampen the pace of price growth for commercial properties.”