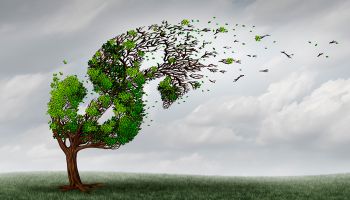 With the presidential race and its results, amazing to some, behind us, we now have the interesting and enjoyable diversion of watching the new Administration begin to take shape over the next nine weeks.

The talking heads, of course, have plenty to occupy their thoughts. Some are projecting a degree of hope and confidence. Others seem mired in doubt and disbelief. Occasionally there’s a nugget of wisdom.

One I’ve heard is “People are policy.” That’s the phrase used to respond to the myriad questions of what the Trump administration’s position was likely to be on this or that issue.

Simply put, the collective actions of the people who are selected to fill positions, woven together, become the policy. I think it’s almost impossible to be more specific than that with questions of temperament and philosophy overhanging the judgments and choices to be made in an incredibly brief interval of time.

It’s “bird watching” at its best.

But bird watching aside, something that we’re not much thinking about is, in its own way, much more urgent to each of us than speculation on possible lightening of the burdens of Dodd-Frank: the state of the economic recovery.

How much longer do we have?

Simply put, the recovery is growing mature. It’s already one of the longest in our economic history since World War II.

Bankers seem notorious for failing to heed the lessons of the past. Today’s managers retire or expire, and are replaced with a younger crew, some of whom have never dealt with a full economic cycle—the fun parts and the hard parts.

I suggest that while this cycle hasn’t been as much fun as some others that you and I may have lived through, we have climbed out of the basement we found ourselves in back in 2008 and 2009. Lending business has returned to more familiar volumes. And we seem free of any specific concerns industry-wide of liquidity or capital adequacy issues.

Yet competition has been ferocious in some markets and business segments. Commercial lending in particular has been rocked by intense rivalry for new credit to replace the balances that are being amortized over time. But there are signs and signals coming from the bank supervisory sectors of government in the nature of persistent warnings and cautions.

First, they are calling our attention to what they are seeing in terms of rate competition.

Loans are being priced at historically low levels and for increasingly lengthy terms. This is not directly a credit risk issue, and, in fact, it lessens risk to borrowers due to the lower operating leverage a low rate of interest produces. However, it does suggest liquidity concerns for lenders. These are not credit-by-credit issues but more portfolio-level issues.

I thought we’d all learned the lessons that the S&L industry taught us in the 1980s, but maybe not.

Second, as an industry we are, frankly, awash with liquidity.

We have money parked for a time with us due to the lack of alternatives that businesses have for ways of producing a better return on temporarily excess cash. These general levels of liquidity are aberrational in the long-term view of things.

What plans do we have for holding onto those balances when rates seriously turn in a new and sustainable direction? [See also “Why are checking balances so high?”]

Several times I’ve mentioned in this blog the old-fashioned view implanted in my generation of lenders that the best way to build core deposits is through judicious use of the lending function. How many of us have carefully thought through the implications of such a strategy, never mind the wisdom of a plan to address this long-term circumstance?

Third, we also have traditional credit risk—familiar to all lenders and implicit in all banks.

If we believe that this present business cycle is mature, have we enhanced our vigilance on the performance of our current portfolio?

Conservative lenders are skeptics—we mentally review the Five Cs of Credit and look for signs of weakness or deviation from expectations.

So, ask yourself: Are we really being the skeptics that our customers often consider us to be? If not, what may we be missing?

I’m not suggesting that we’re facing the popping of a bubble or a sudden and unexpected decline in business conditions of a national nature. I’m just saying that it’s time, perhaps past time, to be vigilant.

Steps to be taking now

Here are two measures to implement sooner rather than later:

1. Get crunching. If I were running a lending portfolio, I’d be scrubbing customer numbers carefully. I’d be sure I had current information on which to make my periodic assessments. I’d also be sure that I tidied up my exception lists.

2. Compare yourself to peers. If I were managing the bank, I’d be poring over the bank’s Uniform Bank Performance Report and identifying performance metrics where any external comparison (to peer) reflected performance weaker than the 50th percentile.

To the degree that there are ways to improve over the next few quarters, I’d work on those steps.

But in any event I’d be constructing my explanations and reasons for my current circumstances for the next visit by safety and soundness examiners. I’d also figure out in a holistic sense what the peer comparisons are telling me and I’d carefully prepare a narrative to explain what’s going on—and why.

For years, I’ve advocated a proactive approach to bank examinations. But it has to be a continuous process and not a bi-annual event.

“Manage” is an active verb and there’s activity associated with it. Figuring out what that should be quarter-to-quarter is easier than “seat of the pants” in the weeks before the examiners are due to arrive.

Let me repeat: This business cycle is “long in the tooth.”

More in this category: « Reputation risk looms larger When talent isn’t part of hiring decision »
back to top