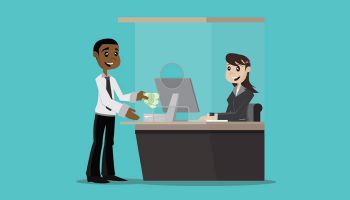 In this dawning age of fintech, I’m reading and hearing a lot about bankers and innovation. The last thing I read this week staunchly maintained that bankers are among the least innovative business people on the planet. Of course, that came from a “fintech someone” who is trying to sell something to the “traditional” customers of commercial banking.

So what’s the “truth” of the statement?

In any plain language sense, are bankers really dummies when it comes to innovation?

Or could they be dummies in its execution, when fintech turns to commercial credit?

When people say bankers aren’t creative, I immediately think of Sanford Weill, retired CEO of Citigroup. He was an industry visionary in so many ways. He saw the logic of merging Citigroup with Travelers Insurance, combining two financial service industry giants, to accomplish the otherwise impossible feat of data mining each other’s customer base to expand the sales of banking and insurance products.

He was also the prime mover in the political accomplishment of eliminating the Glass-Steagall Act’s prohibition of merging banking and financial services firms in 1999. This paved the way for the Gramm-Leach-Bliley Act that ultimately authorized the merger of Travelers and Citi and the demise of Glass-Steagall.

The fact that the idea became economically unfeasible in the several year’s interval it took to accomplish the Citi-Travelers merger is no reflection on Weill’s logic and creativity.

There have been many other innovative market initiatives and product development results in recent years that suggest that bankers are anything but slouches in the process of innovating the development, delivery, and sales of financial products.

But is innovation by itself the right goal for a lender?

The question lingers in the minds of many that banks and bankers are slow to innovate and slow to change. Some of this may be centered among smaller community banks, where competitive changes have been slower to arrive in the local marketplace and among a traditional sort of retail customer base.

Community banks still deliver many of the same products in similar ways that they have for years. Perhaps it’s true for a segment of the retail banking market that innovation has been somewhat “leisurely” rather than “fast paced” in terms of the customer interfaces between a bank and its customers.

On the credit side of the house, I get the need to deliver credit services quickly and efficiently. Any legitimate ways to shrink the labor component must be pursued from a competitive perspective. The bank wants the business and borrowers want answers quickly. The bank also wants the boost to its return on assets that expanded lending activity will provide.

But based on my long-ago commercial lending training, I have to ask the question: “What’s the rush?”

As a young lender who was a product of a big bank’s training program, I had been taught the standard industry “wisdom” that commercial credit underwriting is a deliberate process and requires thorough analysis and examination.

Predictive underwriting models developed and now widely used since I learned the business are perfectly acceptable ways of arriving at sound credit decisions for smaller-dollar loans and loans of a “plain vanilla” nature in larger-dollar amounts.

Customers have grown accustomed to fast-paced decision making and the bank that simply can’t deliver tends to “stick out” for the wrong reason.

But a community bank will tend to be cautious with individual credits that are a significant ratio of their legal lending limit. There’s an old saying among lenders: “In lending you have to be right about 98% of the time. The two percent is the loan loss reserve.”

To me, the innovation in commercial banking today tends to be centered in the lenders who can underwrite credit in ways that they can get the deals done in a safe and sound way.

Maybe that sounds dull. But to me, men and women who can consistently figure that out—and then sell those credit deal structures to both their customers and their committees are the true innovators, in the classic sense, today.

Yes, it has to be done quickly and efficiently. Maybe the loan committee needs to meet several times a week rather than just once. Maybe the credit extension process needs to be streamlined to minimize bureaucracy and paper where possible.

But hurrahs to the lenders who practice their craft in the old-fashioned way with careful analysis and diligence.

And yes, genuine kudos to those who understand that rapid decision-making creates competitive advantage—but never at the expense of cutting corners or omitting fundamental analysis and craftsmanship in the end product.

We are hopefully on the verge of a “commercial credit spring” where the flow of business credit expands and grows by dollar and by number of deals.

That’s where I see the gaps beginning to develop in the banking landscape. The last thing our communities need is to revisit times of widespread credit “rot” in the loan portfolios of local banks.

That’s the greatest “downer” that I’ve observed for banks and bankers over a very long banking career.

More in this category: « What Wells Fargo report means to your bank 7 must-take steps beyond credit basics »
back to top