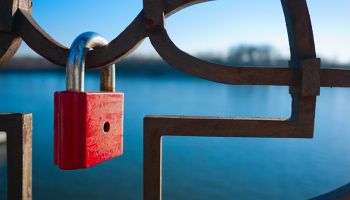 In the last few weeks there has been a very public and intense political discussion on behaviors relating to “loyalty” as well as extensive and ongoing discussions of activities that fall into the category of workplace culture.

What President Trump is alleged to have said to Director Comey triggers my thoughts about loyalty, while conditions that resulted in the account-opening issues at Wells Fargo make a convenient and current example of workplace culture.

But in these two terms—loyalty and culture—I think we’ve got a good example of how they are part of the same discussion.

For our purposes here let me state two assumptions.

First, my definition of loyalty means being a “team player” and second, credit cultures of banks are inherently conservative due to the degree of a bank’s financial leverage and the insured nature of deposits, our principal funding source.

Because loyalty is a descriptor of personal behavior, it is logical to examine such behaviors against the backdrop of a banking institution’s relatively conservative culture.

There are a plethora of internal controls designed to assure full disclosure of risk and the accurate representation of the risks inherent in each credit. Lenders are largely conditioned to consider the character of each borrower, but that’s not what I’m suggesting here. Rather it’s how the lender/presenter chooses to represent how each credit facility is designed to work. It’s the character of the lender that we are considering in the context of the meaning of loyalty.

I’m not suggesting that lenders routinely mislead their approval authorities—those in the approval-lending ladder or members of the credit committee. But lenders are expected to bring in loan business and the deals have to be sold to both the borrower (What are the terms the borrower is being asked to commit to?) as well as the committee (How is the degree of risk relating to Capacity and Collateral in particular presented?).

Candor on the part of the loan officer is essential to both loan approval authorities and to the borrower. But how often is “beauty in the eye of the beholder” or the facts of situation shaded to influence the outcome?

All experienced lenders have at one or another worked around a “cowboy” or two. I certainly have. These are the individuals who generally are the wolves in sheep’s clothing and whose actions and attitudes are often out of synch with the prevailing culture of the lending side of the bank.

But in one important respect there is an overall alignment and that’s in the commonly shared objective of additional business production.

The Wells Fargo situation has demonstrated how an apparently well-working system can be subverted. But any loan review officer with more than a few years of experience can cite examples of how principles and policies can get “stretched” or even deliberately bent or warped under the pressures of production.

Usually we recognize “cowboy behavior” in those activities that relate to the pursuit of additional sales volume—fee income and loan volume.

And this is where the culture often becomes stressed and it is stress that is caused and created by an agent of the bank, rather than the customer.

All banks have internal controls that are supposed to act as a governor on a lender’s activities and how he or she conducts business.

But how often do we as lenders and management simply assume that the culture of the institution will keep us out of trouble?

If culture alone were sufficient, we wouldn’t need very much loan review staff or very many auditors or keep track of credit and collateral exceptions. But these things don’t automatically take care of themselves and the credit culture requires support, assistance, and vigilance in some important ways.

Coming down to the individual

The primary ingredient to a sound credit culture is the personal competence and integrity of the lender.

The lender must be conversant with the Cs of Credit and have a personal commitment to upholding their application and conforming his or her actions to the provisions of the bank’s policies.

That’s what I’ve always thought was a principal definition of loyalty.

No lone rangers. No cowboys. No surprises, particularly ones arising from the cutting of corners or not supporting the boss and the boss’s policies (loyalty).

The issue seems fairly simple to understand. Yet it’s a sad commentary on the state of banking workplace ethics that no one seems to understand loyalty in a consistent and more or less uniform way.

How else do we explain the confusion and consternation surrounding the application of that term in the current national dialogue?

More in this category: « Lenders: Could you do your job better? Could a credit storm be coming? »
back to top