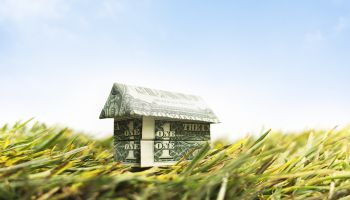 "Money from home" has a whole 'nother meaning when HELOC lending comes into vogue.

Rising home equity levels appear poised to drive a huge increase in home equity line of credit originations over the 2018-2022 period, according to projections made by TransUnion. This is particularly significant in that HELOCs still tend to be a bank-offered secured lending product, versus unsecured lending that has seen more and more encroachment by marketplace lenders.

Is a rising number of consumers borrowing off their excess home equity a good sign or cause for concern? Joe Mellman, senior vice-president, and mortgage line of business leader at TransUnion, says the company sees it as a positive.

In an interview with Banking Exchange, Mellman explains that “as long as you have a safe amount of home equity to tap, HELOCs can be helpful to consumers.”

A study by the company found that increasing home prices and the accompanying increase in home equity is beginning to draw more interest to HELOCs.

The first indicator comes in the price of homes. The Case-Shiller home price index rose to 180 in December 2005 and to nearly 185 during 2006 before dropping to 134 in February 2012. From that low the index has slowly climbed back to 194 in July 2017 (the latest period available from S&P Dow Jones Indices, home of the index). TransUnion believes the index will rise to significantly beyond 200 over the next few years.

Typically, TransUnion notes, home equity line originations track with the rise or fall in home equity levels. Post-recession, however, that linkage became disconnected. The company points out that while there were 4.9 million originations in 2005 when nationwide home equity totaled $13.3 trillion, when total home equity hit the same level in 2016, originations only came to 1.2 million—75% fewer originations.

Mellman says that, with the exception of a handful of very hot residential markets, current rising equity levels appear to be on a stronger footing than they were during the 2005-2006 period.

“The way I think about bubbles is that you have one when the prices exceed the ability of much of the population to pay them,” says Mellman. That is generally not the case at present, he adds.

TransUnion suggests several factors may have accounted for the post-recession HELOC downturn:

• “Hangover effect” from the mortgage crisis.

• Supply limitations, as many lenders reduced HELOC lending or exited the business during the recession.

• Availability of credit alternatives. Mellman points out that many borrowers are drawn to marketplace lenders for the ease that the online creditors provide.

For many lenders, the HELOC has been out of the game for about seven years, according to Mellman. The return of higher equity levels represents potential new business volume for banks and other HELOC lenders.

The company study found that several key reasons for using HELOCs may have increasing appeal as equity rises: Debt consolidation (the leading reason, at 30% of the survey sample); financing a large expense, such as home renovation (29%); refinancing another HELOC, to change terms or obtain a lower interest rate (25%).

Mellman says that HELOC borrowers tend to be more credit-active, of interest to bankers looking for places to deploy deposit surpluses.

Mellman says the company’s study indicates that two-thirds of homeowners could quality for HELOCs.

The research also indicates that HELOC borrowers’ credit has tended to be strong during and since the recession. In 2016, 83% of new HELOC borrowers had a VantageScore of over 720.

In addition, within all categories of risk, HELOC borrowers are marked by lower rates of ever having been delinquent and they tend to pay more than minimum payments on outstanding credit.

In the chart below, produced by TransUnion at Banking Exchange’s request, the company traces the age distribution of HELOC borrowers in the year they originated their lines. As the chart demonstrates, borrowers age 55 and older—the blue and green bars—have steadily been accounting for a greater share of HELOC originations.