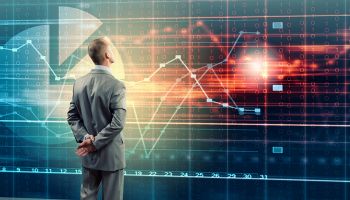 "Breach detection is top of mind for security buyers and the field of security technologies claiming to find breaches or detect advanced attacks is at an all-time noise level," says Eric Ahlm, research director at Gartner. "Security analytics platforms endeavor to bring situational awareness to security events by gathering and analyzing a broader set of data, such that the events that pose the greatest harm to an organization are found and prioritized with greater accuracy."

When it comes to gathering masses of security data that can be analyzed to bring greater meaning to security events, security information and event management (SIEM) technologies are topping the list of likely solutions.

While most SIEM products have the ability to collect, store, and analyze security data, the meaning that can be pulled from a data store (such as the security data found in a SIEM) depends on how the data is reviewed.

How well a SIEM product can perform automated analytics—compared with user queries and rules—has become an area of differentiation among SIEM providers, according to Gartner.

User behavior analytics (UBA) is another example of security analytics that is already gaining buyer attention. UBA allows user activity to be analyzed, much in the same way a fraud-detection system would monitor a user's credit cards for theft. UBA systems are effective at detecting meaningful security events, such as a compromised user account and rogue insiders.

Although many UBA systems can analyze more data than just user profiles, such as devices and geolocations, there is still an opportunity to enhance the analytics to include even more data points that can increase the accuracy of detecting a breach.

"Today, there are certainly commercially viable applications of analytics to better position security technologies, such as with SIEM and UBA providers," says Ahlm. "However, the applications or other problems that can be addressed for other security markets are still emerging and on the whole, the security industry is rather immature in the application of analytics."

Bigger the net, the bigger the haul

As security analytics platforms grow in maturity and accuracy, a driving factor for their innovation is how much data can be brought into the analysis, according to Gartner. Today, information about hosts, networks, users, and external actors is the most common data brought into an analysis. However, the amount of context that can be brought into an analysis is truly boundless and presents an opportunity for owners of interesting data and the security providers looking to increase their effectiveness.

Analytics systems, on average, tend to do better analyzing lean, or metadata-like, data stores that allow them to quickly, in almost real-time speed, produce interesting findings, according to Gartner.

The challenge to this approach is that major security events, such as breaches, don't happen all at once. There may be an early indicator, followed hours later by a minor event, which in turn is followed days or months later by a data leakage event. Gartner says that when these three things are looked at as a single incident that just happens to span, say, three months, the overall priority of this incident made up of lesser events is now much higher. This is why "look backs" are a key concept for analytics systems.

"Ultimately, how actual human users interface with the outputs of large data analytics will greatly determine if the technology is adopted or deemed to produce useful information in a reasonable amount of time," says Ahlm. "Like other disciplines that have leveraged large data analytics to discover new things or produce new outputs, visualization of that data will greatly affect adoption of the technology."