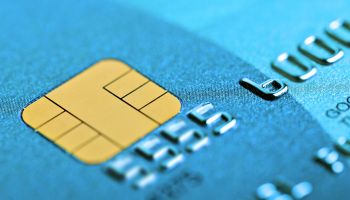 Among the 81% of U.S. adults who have at least one credit card, a majority—59%—currently have a card embedded with a microchip, according to a new study.

The chip-enabled credit cards are becoming the norm, as they come equipped with fraud-prevention features, said to be almost impossible to copy. Retailers must install new card readers to take advantage of the anti-fraud features. In the absence of accepting these cards, fraud liability is now reversed onto the retailer.

Seven in ten (70%) card holders surveyed by Ipsos Public Affairs, on behalf of the American Bankers Association, agree that retailers should install new card readers that support this technology as soon as possible. Ipsos states in a news release that retailers can obtain the technology for as little as $49.

When it comes to cards using the latest technology, more than three quarters (78%) of those who use credit cards said it is important for card security to feature “dynamic” technologies—like Apple Pay—that change information for every transaction. Meanwhile, less than one in ten (7%) say the opposite, while 14% are unsure about the importance of such new “dynamic” technologies.

With the move to chip technology, however, seven in ten (69%) express confidence that their personal data is safer than ever before, even without the use of a PIN, according to the ABA survey.

In light of recent data breaches, nearly all respondents surveyed feel that it is important for retailers to upgrade their security controls to better secure customer data (94%)—including more than three quarters (78%) who say that this is very important. Furthermore, two thirds (67%) believe that retailers should not store customers’ personal financial data—compared to only 16% who think they should.

Additionally, more than three quarters (78%) agree that the government should hold retailers, banks, and other companies involved in the payments system to the same security standards.

In cases of fraud, 81% of credit card holders place a great deal/quite a bit of value on zero-liability policies, in which the cardholder is not held liable for fraudulent charges on their card.

The survey, conducted in September, queried a sample of 1,006 U.S. adults age 18 and over. The survey was conducted online in English It included 817 respondents who say that they have at least one credit card.

Nearly nine in ten credit card holders (88%) believe it is important for credit card companies to prioritize new technologies like tokenization to stay ahead of ever-changing criminal efforts—including more than half who think this is very important (56%).

Similarly, despite some retailers not having implemented more secure tokenization-based systems, another eight in ten credit card holders (79%) also feel it is important for retailers to prioritize new technologies like tokenization to stay ahead of ever-changing criminal efforts.

Going beyond chip technology, tokenization is a new type of security driven by banks and credit card companies to better protect consumers. It replaces sensitive customer account data with a secure alternative number that is useless if stolen.

Among those who do have a credit card, the thought of hackers illegally accessing the computer system of a retailer and stealing financial data (64%) is what makes them feel most vulnerable to fraud when using this method of payment.

On the other hand, about one in seven each feel most vulnerable to fraud when it comes to theft of a physical credit or debit card (16%) or “phishing” scams where emails or websites trick consumers into giving over their financial data online (13%).

Very few (6%) say that they do not feel vulnerable to fraud in any of these ways. 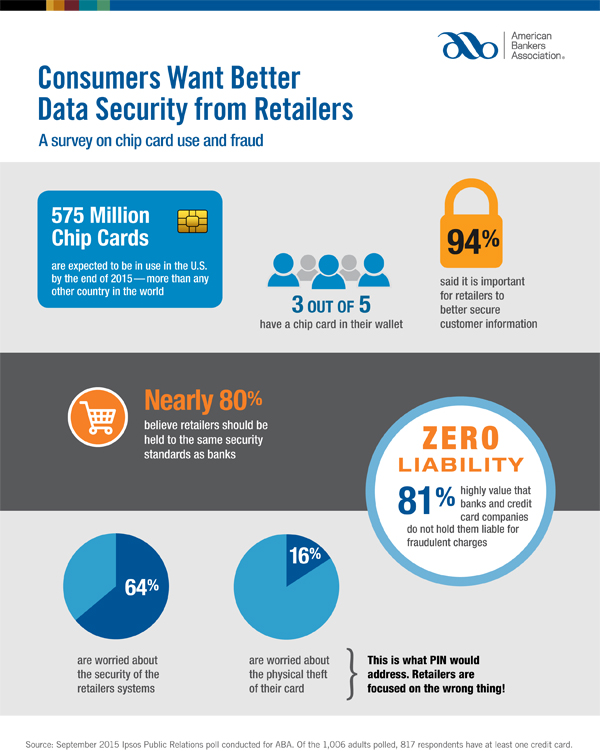