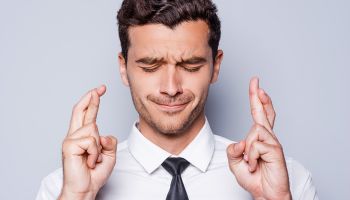 More than 50% of consumers worry about online hacking—but in the holiday season just ended they did little new to protect themselves, according to an independent survey sponsored by Hoyos Labs, which provides mobile biometric authentication services.

Of those surveyed, 90% of participants think that passwords provide little or no security, yet they are still the main way that they access their accounts.

"Passwords end up being the biggest liability when it comes to security," says Hoyos Labs CEO Hector Hoyos. "People forget them, use easily identifiable information, and rarely change their passwords. While some credit card companies have introduced chips instead of passwords, there is still much to be done to keep information safe and secure.”

• While used regularly, less than 10% of participants think passwords are secure. More than 33% of those surveyed believe biometrics would provide much more personal security.

• More than 50% of those surveyed use the same password for up to ten personal accounts.

• Nearly 40% of participants surveyed admitted that if their personal information was compromised with a company, they would continue to shop with the merchant when necessary, and would pay by cash.

• While 54% of survey participants generally worry about their credit and banking information being stolen online, 46% admitted that they are not yet willing to buy personal identity protection.

• 67% of survey participants said they would refrain from using public Wi-Fi this holiday season as a measure to keep their personal information safe.

Research was conducted by Research Now, which, between Nov 16-20, 2015, surveyed 1,000 consumers who own smartphones and planned to shop online during the holiday season.