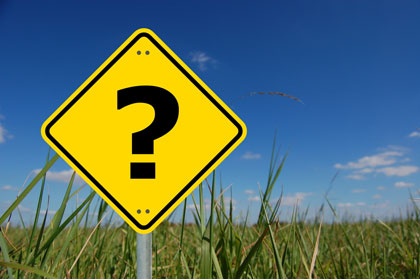 Observers are uncertain about the meaning of the slight rise in net chargeoffs last quarter.

Credit quality metrics for commercial banks had slowly improved for several quarters, so a slight move in the other direction was inevitable, and not necessarily a sign of another downturn, right?

"We've been debating that ourselves," Bryan Cave LLP partner Gerald Blanchard told SNL. "I'm not getting the impression that people are concerned about an uptick in problem credits, so I'm not quite sure how to explain the numbers. I don't know whether it's an aberration or what."

Blanchard said that, for commercial banks in general, loan portfolios continue to improve across the board. And while more banks in Georgia, for example, will fail, the number of banks in danger continues to decrease. Loss-share banks in Georgia have in many cases worked through their portfolios and are making progress on the assets they acquired, he said

William Schwartz, senior vice-president of the U.S. Financial Institutions Group at DBRS, told SNL that there has been "great" credit quality in areas like commercial and C&I, and even for some consumer businesses, including credit cards. Additionally, residential real estate is much improved. "More people are pulling together for quicker resolutions," he said.

Schwartz said the turnaround in residential real estate is likely behind recent stronger consumer confidence readings because people tend to look mainly at what impacts them most personally. Still, he called the confidence numbers "a head scratcher" because other metrics do not look as good.

"If anything, I'd say it looks like we're going into a slowdown," Schwartz said. 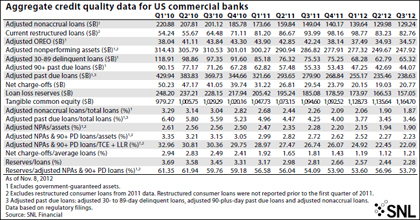 Banks that have been able to put loans on their books are "treading water" and not necessarily seeing an aggregate increase in their loan portfolios, Blanchard said. The anecdotal evidence suggests that there has been a lot of money sitting on the sidelines, he said. Companies have been waiting to make investments until after the presidential election and the resolution of the fiscal cliff issue, and money could soon begin to flow again.

"We're all going to find out here in the first quarter [of 2013] whether that sense is correct, but that's a pretty consistent message that I'm getting from my clients," he said. 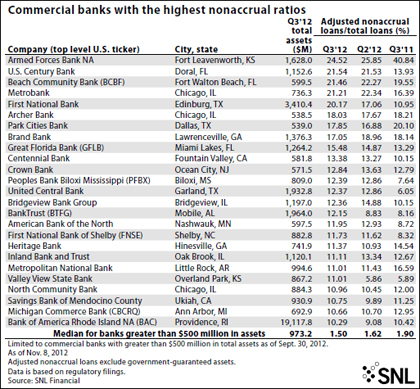 Schwartz said that, with the election completed, there is less uncertainty, and businesses have more of an idea of what the cost of doing business will be. But he said some companies might decide that investing now is not the answer. "And that brings a slowdown all its own," he said.

Northeastern banks have plenty of reasons to be worried in the aftermath of Hurricane Sandy, Schwartz said, although the impacts may not show up until the first quarter numbers.

He said the "brutal" competition for good loans is showing up not only in pricing concessions but in deal structures, too. "And you know that story never ends well," he said.

In aggregate, adjusted nonaccrual loans nationwide, excluding government-guaranteed assets, dropped to $129.24 billion in the third quarter, down from $129.98 billion in the linked quarter and from $220.88 billion in the first quarter of 2010.

In Atlanta, banks are working through the real estate meltdown but continue to liquidate assets, Blanchard said. He said the region is even starting to see price support for the lowest-priced assets. Hedge funds have come into Georgia and are buying houses one at a time at foreclosure sales. In Atlanta, 30% of the houses are now selling to hedge fund investors, which is driving up the prices, according to Blanchard.