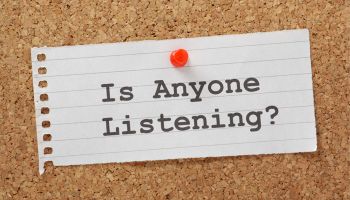 In the past I have discussed the government’s view on the private sector’s ongoing need for “tone at the top” and the somewhat hard-to-reach goal of achieving a “culture of compliance.”

There seems to be a sincere consensus in our AML community that boards of directors, senior managers, and lines of business executives have ample room for improvement in overseeing and supporting the need for strong AML programs.

So any time there are enforcement actions, policy pronouncements, or “political” speeches, one wonders …

Last week, after many “previews”­—interesting to see how agencies will sprinkle ideas, themes, or potential guidance in speeches to test reaction—the Department of Justice released a new policy on “Individual Accountability for Corporate Wrongdoing.”

With pressure from policy makers and commentators, the Justice Department indicates that this policy is responding to previous criticism. It is designed to change corporate behavior and hold accountable “high level executives, who are often insulated from day-to-day activity in which the misconduct occurs.” (See the recent speech by Deputy Attorney General Sally Quillian Yates)

So how best to communicate this change, whether we consider it dramatic or not?

(By the way, just saw a law firm’s analysis of this policy but with a hyperbolic headline—hardly a way to get management attention, in my humble opinion.)

The AML community is well aware of the major enforcement actions that considered and accepted (or rejected) the cooperation of the institution during a case.

I have recently read several legal articles where the authors seek to “defend” recalcitrant parties in an action who hold back potential evidence in a corporate prosecution, claiming the hindrance of foreign data privacy laws. I will leave that very real debate for others.

But I will caution readers of the new DOJ prosecution policy to better frame the issue of what constitutes “cooperation” for their senior managers and others.

Several years ago, at a previous job, I recall proposing to my manager that we create a section devoted to issues and themes from court cases to assist financial institutions in both communicating the outcomes of note and potentially reviewing to determine if policies should change.

The recommendation was met with a blank stare. But I still think it was the right thing to do.

So what does the DOJ policy now require and how is the AML community impacted?

If the corporation wants credit for cooperation, the Department says it must give up the individuals and investigate and identify the responsible parties. The agencies say this concept may be new for corporations, but it is not a radical concept.

If the Department is to be believed (and no reason not to), individuals will be targeted from the beginning of every investigation, civil or criminal, and the pursuit of the individual is to be handled in tandem with the corporate case.

One clear point made by Justice is that even in civil cases, pursuing individuals will result in judgments that become “part of the wrongdoer’s resumes that will follow them throughout their careers.”

There is also the goal of changing corporate culture and preventing violations being tolerated as just a part of the cost of doing business.

We have focused on the change in personal liability for AML officers in the U.S.

Now is the time to ensure that changes such as those being announced by the Department of Justice are understood enterprise-wide. Perhaps it will take criminal charges against a head of a line of business that ignored communications by the compliance department …

* The group Genesis from 1981 with a song entitled “No Reply at All.” The refrain is what most remember about that song. I hope that is not the response to this blog …

More in this category: « “Runnin' Down a Dream”* When attitudes get stuck in Park »
back to top