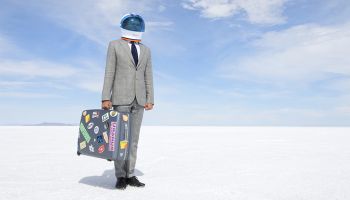 Dan Fisher is president and CEO of The Copper River Group, a consulting firm headquartered in Fargo, N. D., that focuses on technology and payment systems research and consulting for community financial institutions. For nearly 30 years, Fisher has worked in the financial industry using technology to improve the bottom line. He was CIO of Community First Bankshares (now part of Bank of the West), has served as a director of the Federal Reserve Board of Minneapolis, the chairman of the American Bankers Association Payment Systems Committee, and was a member of the Independent Community Bankers of America Payments Committee. Fisher has written numerous articles on banking technology and the payments system. He has authored or co-authored six books and recently published a book titled, "Capturing Your Customer! The New Technology of Remote Deposit." You can contact Fisher at [email protected]rivergroup.com or at 701-293-6222.
P.S. To understand Dan's nickname, check out "About the Wombat" on his website.