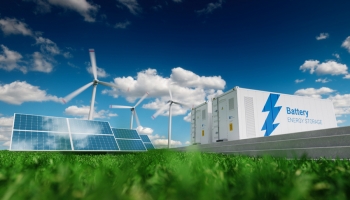 As the United States has elected a new President that is more sensitive to climate change and sustainability, investment policy will likely shift in favor of ESG investments within corporate retirement plans. Interest in ESG and other socially responsible investment (SRI) options have already caught the eye of a younger generation of Americans. But how long will it be before American banks join their counterparts in Europe with sustainability goals?

Last week, Deutsche Bank AG announced that it would link executive pay to sustainability goals surrounding lending practices that would include Chief Executive Officer Christian Sewing. According to German press reports, the policy would begin in 2021 and track sustainable financing volume and investments that are neutral or benefit the key areas of environmental, social and governance criteria. The bank would use ratings agencies that benchmark sustainability.

In addition to lending and client consideration, Deutsche Bank is also linking compensation to transferring its own assets to be compliant with certain standards. For instance, Deutsche Bank will be looking to convert all of its buildings worldwide, including the United States, into renewable energy within a five year span.

While American banks have increased its targets on issues such as diversity, and have expanded its product sets for investors to provide options focused on ESG, linking executive compensation has yet to be implemented in terms of sustainability.

In contrast, Deutsche Bank has set a target for 2025 of reaching $242.8 billion in annual sustainable investment, according to German newspapers, with a goal of ten percent of that figure in 2021. The Chief Executive Officer will lead a committee to make sure these targets are reached. For a bank that has struggled for several years, it may seem to be quite a commitment.

However, part of Deutsche Bank’s struggles have led to a public image problem, and so it is likely seen as necessary particularly in Europe.

The trend for large American banks will likely follow their European counterparts, but it is at a slow space.

American investors and clients are showing more interest in the opportunities surrounding ESG, but will not reach the levels that European banks are taking.