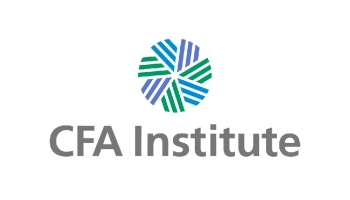 The institute – which runs the highly regarded exam system for CFAs – launched a plan for its own definitions and reporting system for ESG products in August.

However, organizations including the Investment Company Institute (ICI) have pushed back on the plan, saying yet another socially responsible investing (SRI) standard would add confusion at a time when global regulators are still formulating their own rules.

The ICI – which represents fund managers with a combined $26trn in assets – said in its response to the consultation: “Although we agree that the objective of having a reasonable and uniform global standard is a goal worth seeking, there already is a crowded field of legislative and regulatory initiatives developing simultaneously in different jurisdictions.”

The ICI highlighted the differing approaches taken by regulators in Europe and the US, the two largest markets for many of its members, and that the CFA Institute’s approach could conflict with these and other regulatory measures.

In the European Union, policymakers are preparing to roll out wide-ranging new ESG disclosure requirements, along with a sustainable finance “taxonomy” to provide definitions of sustainable activities in an effort to harmonize ‘green’ investing.

Meanwhile, in the US, the Securities and Exchange Commission (SEC) has made several moves to tighten up its rules around SRI. As part of a recent paper on fund names, the regulator highlighted the different ways in which asset managers used the term ‘ESG’ in fund names and descriptions, warning that this could be confusing and misleading to investors.

The Department of Labor last month finalized a rule that could make it harder for US pension plan fiduciaries to incorporate SRI themes into their strategies.

At the same time, the presidential election has also promised to fuel more debate over SRI themes. President Donald Trump withdrew the US from the international Paris Agreement on climate change, but President-elect Joe Biden has promised to reverse this decision – as well as support major new initiatives for renewable energy and carbon emission reduction.

Other international bodies have also introduced SRI and ESG reporting standards, including the Task Force on Climate-related Financial Disclosures, Eurosif, and the International Organization of Securities Commissions.

Chris Fidler, CFA Institute’s industry standards senior director, told the Financial Times that the organization would press on with its plans. He said: “There are an awful lot of markets that haven’t even started contemplating regulations for ESG disclosures yet. We feel it’s our responsibility to provide guidance to them on how to tackle this ethical challenge.”