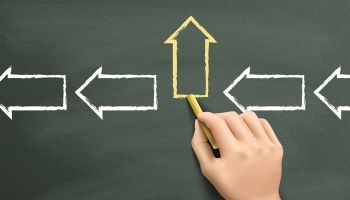 It seems that the biggest issue on the minds of community bank boards these days is whether to buy, sell, or remain independent. This particular blog will focus on remaining independent.

The first and most fundamental principle of remaining independent is that independence is not a passive strategy. It is, in fact, an active strategy that must be determined, defined, and executed by the board of directors.

It’s not just a decision to stand pat.

The two significant prongs of an active independence strategy are capital planning and management succession.

Traditionally, the primary alternative for allocating capital is covering fixed costs: retaining capital to support the bank’s growth; providing capital to the holding company to service debt; and, for most banks, providing some type of dividend/distribution to the shareholders.

Beyond those fixed costs, an active independence strategy simply requires the board to determine how to best manage its capital going forward.

I have been with a number of banks lately whose CEOs resist any attempt to lower the capital ratio beyond some high, arbitrary number like 13% or 14% Tier 1 leverage.

My advice to these boards is that the reason the CEO is not willing to manage the capital more efficiently and effectively is that the board has not given the CEO incentive to do so. This begs the question, “How would you incent your CEO to manage capital?”

If your CEO is stuck on a 14% Tier 1 leverage ratio, give him or her a bonus that provides an incentive to manage the capital down to a lower, yet safe and sound, level.

Like capital planning, management succession is also a fundamental part of an independence strategy. I have been with a number of banks recently that have determined they do not have adequate succession for the CEO internally, but do not want to look externally because the board and current top management are simply too old and too tired. As a result, the bank’s only viable strategy is a sale.

However, if the bank’s strategy is independence, then the issue of management succession must be addressed one way or another, and it must be addressed years before the CEO determines he or she is going to retire and leave the bank.

Can you get somebody exactly like your existing CEO, which is the desire of most boards?  The answer is “no.”

Can you get someone who has a vision to take the bank forward and leave it independent for the next number of years consistent with the bank’s strategy?  Probably.

There are some great young bankers out and about looking for a step-up in position and pay. Many of those bankers could move into your bank’s soon-to-be vacant CEO slot.

Of course, there is always a risk in changing the CEO. I remember one case years ago where the bank initially thought the CFO was a viable candidate to succeed the CEO. The board passed him over and hired someone else, who ended up being a disaster. The board then moved the CFO into the CEO slot, which was also a disaster. On the third try, the board found someone to run the bank successfully.

The bottom line is there is no certainty in community banking as it relates to management succession. Nevertheless, the board’s obligation, particularly under an independence strategy, is to try.

I’ve just scratched the surface, but your key takeaway is that independence is not a passive, status quo strategy. It is an active strategy that must be managed particularly from the capital planning and management succession perspectives.

More in this category: « NOLs in acquisitions … simplified! Risks v. rewards of directorship »
back to top