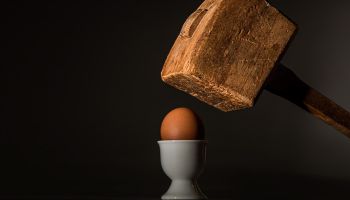 Family-owned banks come with all kinds of issues. Jeff Gerrish says acknowledging the realities of family ownership proves essential now and when control comes to the next generation.

I have had the opportunity over the past several years to work with many, many family community banks. By this, I mean community banks that are owned by one or up to several families.

There is really no “norm” as it relates to asset size of family banks. Some are very small, while others are multi-billion dollar organizations.

Because shareholder information is not publicly available, it is difficult to tell how many true family banks there are in the U.S. Currently, however, there are 1,900 Subchapter S banks. Most of family banks operate under the Internal Revenue Code as S Corporations. Assuming approximately half of these banks are family-owned, this would put the percentage of family-owned banks at approximately 17% of all active charters.

The typical family bank lineage involves a matriarch and/or patriarch (depending on who lived longer), adult children, and, in many cases, adult grandchildren.

Having worked closely with many of these matriarchs and patriarchs over the years, it is my observation that they tend to operate under a series of myths.

Now, these myths impact their expectations and actions as to what to do with the bank. I believe that family-owned community banks are invaluable to the industry, so I want to use this blog to identify and dispel these family-owned bank myths.

Myth #1: Everyone will come clean with what they are really thinking at the annual family meeting.

Many ownership families of these community banks have what can best be called “the annual family meeting” to discuss the bank and the family’s ownership. The general expectation of the heads of the families is that family members will participate openly, honestly, and candidly.

In reality, this virtually never happens.

In many cases, the adult children’s position is very different from the matriarch’s or patriarch’s position. However, the adult children are reluctant to disclose that, for fear that someone will be offended or misunderstand their position and the heart behind it. This is often particularly the case in a family meeting with cousins, brothers, and sisters present.

Family meetings are not the place to “come clean.” Family members would be better served to discuss their thoughts on continuation of the family’s ownership in the presence of an independent third party.

Myth #2: No one wants to sell their shares in “our bank.”

In a typical family meeting, there will be some discussion of whether any of the individual family or family members want to sell their shares. At some point in that discussion, every single person present will say they have no wish to do so.

What this really means: No one wants to sell their shares … not at a discount, that is.

At the right price, there are probably a number of individuals who would sell their shares. They simply do not want to sell them at the price the family is going to pay for them through the holding company redemption—i.e., a discount.

It would likely be a different conversation with different answers if the individuals were going to get the benefit of selling the whole community bank. In reality, however, that is not the typical discussion.

Why, then, would the individuals who would sell their shares under the right circumstances forego the additional value in the shares by selling them on a minority basis at this point in time?

These individuals may very well want cash, but selling their shares is likely not the best way to get cash.

The reality: A major point of contention for many family-owned community banks is that some family members draw healthy salaries out of the bank, while other family members do not—and often get paltry dividends.

Those drawing salaries and getting cash out of the bank (after all, they are working there) typically convince the remaining family members that leaving equity in the bank for future opportunities and growth makes more sense than distributing cash out to the shareholders.

Unfortunately, the reality is that most family members actually want that additional cash in their pockets. Those are typically the ones that are not employed by the bank.

Creativity usually comes into play here. One of the creative means I have seen utilized to put additional cash in the non-employee family members’ pockets is to put them in the employ of the bank in some fashion. For example:

• I recall one bank that hired Grandma as the Chaplain for the holding company, at $25,000 per year.

• I have seen banks provide consulting fees or some similar payment for services provided by other family members.

Mind you, such “solutions,” of course, are regulatorily suspect, and I’m not recommending them.

So this debate often circles right back to simply increasing the dividend. Again, the reality is this is that most family members want to offset the fact that they are not employed by the bank and drawing a salary.

Myth #4: The kids will keep the bank after the matriarch and/or patriarch die.

Typically, most parents in family-owned banks want to keep the bank in business in perpetuity. In many cases, there are philanthropic underpinnings present.

My experience, however, has been that the kids in those situations are generally adults in their 40s and 50s. Generally, they have been the ones receiving the aforementioned paltry dividends rather than working in the bank.

So they will see bank stock as a $50 million to $100 million nest egg—and want the cash out of it. This will, of course, result in a sale of the bank shortly after the last senior relative passes away.

I have counseled many family banks in this regard. One way to possibly prevent this occurrence is to convert to Subchapter S, if the bank and holding company have not already done so. Having done so, then ratchet up the distributions, and turn the bank into a cash cow to the extent that a family member who otherwise wants to sell simply cannot find any investment offering as much return.

It sounds too good to be true … because it is. In reality, it seems to be the best defense to a sale resulting from a generational shift.

Myth #5: The matriarch and/or patriarch does not need to address these issues before they die. Someone else will take care of it.

The reality: When the family head dies, no one is going to take care of it.

The last place I typically want to stand is between one of the family members and a pot of money. It is a dangerous spot.

Family heads must develop a plan regarding what is going to happen to the community bank long before they pass away.

• If it is going to be perpetuated as an independent community bank in the community, then that direction needs to be given and the appropriate structure needs to be established well beforehand.

• If the bank is going to be sold, then the bank needs to organize into the structure that would make for the best, quickest, most efficient sale for the best price possible.

These issues are not going to solve themselves, regardless of what senior members of the family think. They may have already passed on and not be the ones having to deal with it, but in reality they will have typically left a significant mess for the family.

I enjoy working with family-owned community banks. I want to see them thrive into the future. I hope understanding the realities set forth above will help make that possible.

More in this category: « De novos: They’re playing my song Forming small BHCs just got better »
back to top