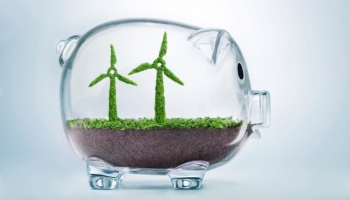 Tackling climate change will drive “significant economic improvements” over the next 20 years without the commonly associated net-cost to society, according to the BlackRock Investment Institute (BII).

BII claimed there is potential for higher returns for certain asset classes and sectors as a result of their favorable positioning for a shift to a global economy with net zero greenhouse gas emissions.

However, the institute said most economic projections did not factor in the potential costs of any physical damage from climate change, the costs and benefits of an energy transition, or the effects of policy changes such as increased government spending on green initiatives.

By incorporating these considerations, BII estimated that an orderly transition to a net-zero-emissions world could result in a cumulative output gain of nearly 25% over the next two decades, relative to no action being taken to prevent climate change.

The forecast came as BII unveiled its Capital Market Assumptions (CMAs), which incorporate risks and opportunities tied to climate change.

The climate-aware CMAs imply that the likely sector beneficiaries over the next five years include technology and healthcare because of their relative lower exposure to climate risk, whereas energy and utilities could lag.

At the broader asset class level, there is a preference for developed market equities at the expense of high-yield bonds and some emerging market debt. The composition of developed market equity indexes was better aligned with the climate transition, according to BII, with large weightings toward technology and healthcare companies, less vulnerability to transition risks, and lower carbon intensity.

“We’ve designed the climate-aware CMAs through the lens of understanding how climate change and evolving global societal preferences will impact asset returns across macro, repricing and fundamental levels,” said Vivek Paul, senior portfolio strategist for BII. “From that framework we are able to build new long-term asset class return expectations and then consult with clients on portfolio design to help meet their objectives.”

BlackRock’s commitment to integrating climate considerations into its long-term return expectations was highlighted in the firm’s 2021 sustainability letter to clients.

In February, BlackRock Investment Stewardship (BIS) also published a new commentary, Climate risk and the transition to a low carbon economy, which provided more detail on what BIS would like to see in company plans for prospering in a low-carbon economy.