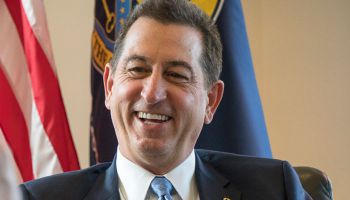 During a briefing about risks faced by national banks, Comptroller Joseph Otting discussed the status of the OCC fintech charter proposal.

Here and there in pursuing other articles we pick up tidbits worth knowing. Here are some recent ones.

During a recent press briefing about the OCC’s Semiannual Risk Perspective Report, officials noted that the agency plans to release the findings of an internal review concerning the future of the proposed fintech national bank charter. A reporter asked Comptroller Joseph Otting if he could give some hint about what the report would say.

Then, after some journalistic chuckles had died down, he elaborated. “The honest answer is that we haven’t decided.”

Then Otting put the whole issue into an updated perspective. He acknowledged that OCC, under former Comptroller Thomas Curry, had gathered comments on the fintech charter proposal. However, he said, “the world has changed since those comments came back.”

“You’ve seen a re-direction in a lot of the entities that would be described as ‘fintech’,” said Otting. While these firms have attractive technology to offer, and wanted to become banks earlier on, he said, “they don’t have the infrastructure, talent, or capital to go through becoming a bank.” Many have no interest in gathering insured deposits, he noted.

Otting said fintech firms have met with OCC staff to find out more about what would be involved in becoming banks. One might call these visits eye opening, apparently.

“A lot of them left skid marks” leaving the building, said Otting, after hearing all that’s involved in being either a federally chartered or state-chartered institution.

One agency official pointed out that several large companies dominate the business of delivering much of banks’ technology to them. In discussing the agency’s ongoing scrutiny of vendor relationships, the official suggested that rather than see fintechs become banks, the industry may see them wind up being acquired by one of the giants.

So, they have clearly disrupted banking, but the old days of fintechs’ plans of bulldozing banks out of the way have been evolving towards partnerships and “vendorship.”

Where business-side payments pioneers can hang their hats

While consumer-side payments innovators often grab the headlines, there’s a lot of money—literally—on the corporate payments side of the fintech sphere.

Syncapay, a holding company formed in late 2017, is looking to acquire young corporate payments firms as part of an approach to accelerate their development under an umbrella that will maintain their identity while providing them with centralized capital and the expertise of a group of payments veterans. The intent is to find synergies among the firms that the parent acquires. The firms will be able to share centralized services, among other advantages.

Syncapay isn’t necessarily looking at startups but more for young payment companies that have gone so far as some proof of concept, but haven’t yet built out their ideas fully, according to Juli Spottiswood. A payments industry veteran, Spottiswood is chairman and CEO of the holding company. The firm is backed by Bain Capital Ventures, Silversmith Capital Partners, MissionOG, and Nyca Partners.

Syncapay made its first acquisition—Swift Prepaid Services—late last year. The firm provides prepaid payments services to companies. Syncapay’s investment focus will be on companies that provide, facilitate, or issue business-to-business or business-to-consumer payments. The company will concentrate on growth markets internationally, seeking acquisitions that bring speed, efficiency, and choice to those payment sectors.

In short, a common point among targets will be services that address “give it to me now and give it to me the way that I want it,” says Spottiswood. “There’s a lot of innovation to be had and there are still a lot of checks in use.”

The holding company, based in Dallas, is not intended as a means of rolling up fintechs into one firm, but to retain individual brands so far as the markets are concerned.

“A lot of companies are interested in merging,” Spottiswood says.

How many times has this scene been repeated in Hollywood thrillers? The family of a kidnap victim is huddled around the phone, with detectives and telephone experts, anxiously awaiting the call from the criminals holding their loved one. Someone intones the ritual, “Keep them on the line as long as possible so we can trace the call. Keep them talking.”

Sometimes the good guys trace the caller’s location just in time. Sometimes they don’t, in a tease for the audience.

Patrick Cox is an expert in telephone tech, and his company, TRUSTID, provides services including caller authentication systems designed to reduce fraud and to help call-center staff give better service to legitimate customers, rather than putting them through the mill of manual proof of identity.

But back to the kidnap scenario. Such scenes make gripping drama, Cox acknowledged during a visit to Banking Exchange’s offices. However, technologically they are fiction.

Those episodes reflect very old telephone technology, he says, from the days when phone calls were completed in part by motorized connections made in telco offices. Nowadays, with everything being computerized, calls can be traced in seconds.

Just how, we’ll leave to the experts. Cox provided some interesting details, but no point us making it easier for the bad guys.

More in this category: « Handstands and six-page memos from Amazon
back to top