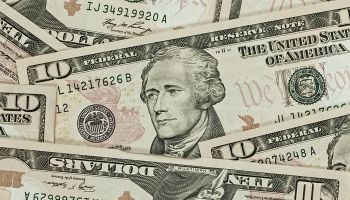 We’re on the cusp of observing the 239th anniversary of our nation’s independence. Perhaps I’m going to make some fireworks of my own.

I’m drawn with a certain morbid fascination to the undignified spectacle of the dishonoring of one of our most eminent and able founding fathers: Alexander Hamilton. In the spirit, if not the name, of political correctness, we appear about to abandon any sense of propriety and remove our first Secretary of the Treasury’s image from the $10 bill.

The fact that the $10 bill—the “sawbuck”—is due for a “face lift” is not a worthy reason for facelifting (i.e., removing) Hamilton’s image as the honoree on the front of that denomination of our national currency.

Why do we suddenly need a woman’s image on the bill? And why can’t we wait a few more years for that when the $20 bill is due for  renovation?

In historical terms, removing Andrew Jackson from federal currency would make more sense. But I’m getting ahead of myself.

And let me put one matter at rest. I’m the father of two grown daughters who are making their own economic way in the world. I appreciate the struggle of building my own career, so I can appreciate what they, as women, have faced largely before the current age of diversity smoothed out some of the obstacles that women face.

So I’m not opposed to a woman’s countenance gracing our currency.

My opposition has roots in history—and in respect.

Here’s what bothers me about what today’s Secretary of the Treasury Jack Lew is proposing.

Hamilton is widely credited more than 200 years after his death as the architect of the United States’ economic ascension in the years following the American Revolution.

True, we had certain compelling advantages in our natural resources, the idealism of our foundational principles, and the energy of a new nation of farmers and entrepreneurs. Yet it was Hamilton’s vision that made much of our subsequent fiscal success possible and so quickly.

Hamilton envisioned a national currency. So he effectively argued for a single currency replacing those of the original 13 colonies and the newly formed U.S. government.

Our original states had different economic capabilities. Some states were strong and prosperous, while others were struggling to establish their regional differences and strengths. By creating a single currency, we at once pooled our strengths and minimized our weaknesses, allowing us to grow and prosper as a large economic entity. It probably couldn’t have happened any other way.

Hamilton argued for the central government’s assumption of all the public debt of each of the 13 states in exchange for the single public debt of the United States of America. Some states benefited greatly in that exchange to the detriment of others that had already substantially liquidated their indebtedness.

However, the result was a debt with sufficient resources to be serviced successfully and in accordance with its original terms of issuance.

As we lenders would say, Hamilton made the United States government bankable.

Finally, Hamilton successfully advocated for a national bank, the Bank of the United States.

Hamilton understood that the new nation needed an institutional entity to provide the means of an elastic currency for the economic prosperity of a growing nation of traders and world-wide merchants. His vision was one of forming an institution of government but not an agent of government. Interestingly, this echoes presciently to the current day, a perspective on his genius.

It’s the subsequent demise of the Bank of the United States 20 years later during the presidency of Andrew Jackson (the face on the $20 bill) that makes me angry at the slighting of Hamilton at the hands of our present Secretary of the Treasury.

Jackson, as a southerner and a farmer from rural America, had a distrust of urban interests. You may correctly read into that an antipathy for “city slickers” who populated the northern states.

Jackson effectively killed the central bank. Another 90 years would pass before the establishment of the Federal Reserve system.

President Jackson would probably eschew the idea of his image gracing any monetary unit issued by a central bank. But there he is on the $20, an unhappy witness to a difficult and trying period of our economic— history exaggerated and complicated by his actions and policies.

No appreciation among posterity

What chaps me as much as anything is how we have a disposable mentality regarding the ideas and the legacy of history.

If an idea is “over the hill” in the minds of many, then it should be discarded like yesterday’s paper. Where is the appreciation of history? And of the accomplishments of a man such as Hamilton?

That it is obviously lacking today in the highest levels of government is, to me, appalling.

We profess to be a nation of values. But there are times I’m not very proud of what I observe.

Economically, we still enjoy the heritage of the groundwork Hamilton established. But at times today I seriously doubt that many of my fellow citizens have the perspective or judgment to allow us to prosper as a nation for another 250 or more years.

And they have force and urgency, many for a lifetime and well beyond.

Aren’t the vision of a national currency, a credit-worthy government, and a central bank to regulate the bumps and potholes of a competitive economy worthy of more public respect than a spurious and insulting gesture to political correctness?

More in this category: « Planting the seeds of advice ROE’s great, but not everything »
back to top