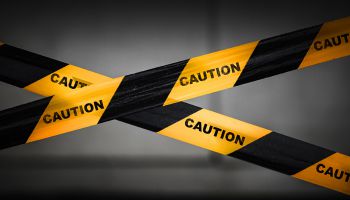 In ancient Rome, citizens were constantly concerned about “signs” and “omens” and anxious for some sense of direction of future events.

“What are the augurs telling us?” was a frequent question.

Augur is a very ancient term meaning “an interpreter of signs.” Such signs were believed to portend future events.

For bank lending practitioners in 2017, the question of what our augurs are telling us is a perfectly respectable question—and perhaps one that we should spend more time trying to figure out.

Plenty for lenders to weigh

Here are some of the augurs of our current time.

• The Dow Jones Industrial Average is hitting new highs amid growing concerns about the possibility of a significant price correction.

• Bond yields across the spectrum of maturities and product are showing contradictory signs, seemingly alternating between an approaching season of rising rates (and falling prices) and a continuation of the historically low level of yields indefinitely into the future.

• The Federal Reserve Open Market Committee is frankly perplexed. The group has telegraphed its uncertain outlook in the minutes of its meetings for nearly the last year. The current economic expansion is the longest on record since the end of World War II.

Does this sound like a “business as usual” outlook for the foreseeable future?

• The Comptroller of the Currency has been concerned about what his examining force has been seeing in its safety and soundness examinations. For the last few years, the agency has been publishing its collective concerns semi-annually about trends and practices in the extension of credit.

Pulling the warnings together

Here’s what many of the experienced banking observers see. Much is based on the concerns regularly and lately expressed by the Comptroller:

• Waiving guaranties. A willingness of bankers to trade away the long-standing practice of requiring guaranties of corporate principals on credit to closely held businesses.

• All risks equal? A failure to price for risk.

• Disconnect on loan structures. Principal maturities that have no close relationship to the underlying fundamentals of the deal. Borrowers want to lock in low rates (for longer periods of time) and lenders seem overly accommodative to their wishes.

• Frozen outlook on deposits. A heavy emphasis on deposit compensation while everyone understands that when rates eventually rise, deposits will flee to higher yielding opportunities (or remain only if the pricing is competitive). Either way, the banks simply cannot expect their current liquidity sources to remain unaffected during the process of any significant market rate adjustments.

• Excessive analytical emphasis on the recent past. The last few years have been generally benign in terms of credit risk in the market place. So it’s natural to want to emphasize favorable economic conditions. But we’re lending into the future, not into the past. How sensible or useful is a rear view mirror perspective?

This is a good time for lenders to remember that assumptions about the future resembling the past helped cause elements of the mortgage crisis portion of the financial crisis.

• Mixing up motivations. Consumer credit seems to be based as much on compliance concerns as credit concerns in an increasing number of situations. Deals that avoid compliance problems are increasingly favored to the occasional detriment of portfolio credit quality.

What the trends may mean

Just ask yourselves which financial metrics demonstrate a willingness to run a “hot bank?”

My list of such indicators conforms closely to the listing above. If you agree, then our collective conclusion has to be that bankers are running their institutions more aggressively these days. Is that their explicit intent?

Perhaps you might argue that there’s nothing wrong with that.

One can argue that so long as any incremental risk taking along the way is matched by increased internal vigilance, the fundamental risks of the business are largely undisturbed. Yet at some level we all know—and most believe—that a higher return on equity means a higher risk profile, all else remaining equal.

I guess what bothers me are two fundamental factors:

1. Most everyone seems to be doing it. So this isn’t necessarily selective risk taking by a few bold practitioners.

2. We are ignoring the signs—the omens, if you will—from the current marketplace.

Where are lenders heading?

Old timers like me—those who remember the oil field collapse of the early 80s, the savings and loan collapse of the late 80s and the recession that so negatively impacted business conditions in the 90s—are mostly gone.

And those who were practitioners during the banking crisis of 2008 are showing signs of amnesia.

Who is reading the tea leaves today and seeing the risks that appear to be waiting to make their appearance in the form of negative financial performance?

Our industry has become conditioned to look for risk. But I fear that too many of us are looking under the wrong rocks.

More in this category: « Making the case for a banking career What can bankers learn from health care’s challenges? »
back to top