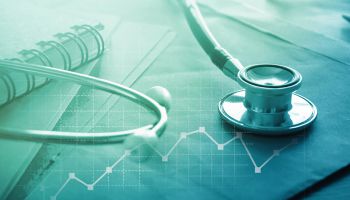 The program at my Rotary meeting this week featured a presentation by the CEO of the largest medical provider in New Mexico, Presbyterian Healthcare System. Presbyterian is one of the largest integrated health care providers of its type in the U.S., owing basically to the integration of commercial health insurance with direct patient care. It’s big business with its 12,000 employees statewide in several local and regional patient care facilities and a professional staff of doctors numbering over a thousand.

What got my attention was our speaker’s solemnly stated observation that healthcare—and Presbyterian as a large provider in the industry—faces a profoundly uncertain future.

But as he spoke I could see the contours of some quite similar challenges.

One important and consistent point the speaker made was that the problems of his industry fall into two broad categories: process and political. And it’s no stretch at all to say that the same is true for banking.

Consider the following elements of similarity in the challenges in facing the two industries:

• Access—Hospitals struggle with the optimum time to engage with the consumer of medical services. ER and Urgent Care are not optimal for long-term beneficial result. Similarly, banking is struggling with how the consumer chooses to engage with us. On-line has advantages of cost and convenience but there are markedly decreased opportunities to deal with the customer for sales and cross-sales purposes.

• Regulatory issues—It’s hard to imagine very many industries more constrained by regulation than healthcare and banking. And there has been considerable convergence on these issues by concerns about privacy—the patient’s and the financial consumer’s.

• Legislative—Healthcare faces uncertainties over the future of the Affordable Care Act (Obamacare) while bankers are chafing over the restrictions of Dodd-Frank and other recession-spawned limitations.

• Scale—Both industries are striking examples of the virtues of scale where bigger is better in terms of the enormous burden of necessary capital requirements and the volume and variety of services provided to consumers who comprise virtually the entire population of the United States.

• Technology—Both industries have voracious appetites for technology in the type of services delivered and in the manner of their delivery.

What is probably underappreciated by the banking public—and no doubt by many bankers as well—is the role that technology has played in accomplishing the two major challenges that the banking industry has faced in the last hundred years.

The first was providing customer access to financial services in spite of the political limitations on branch banking. Many states maintained complete prohibitions on branching until the 1980s, while other states had considerably less restrictive laws dating from the 19th century.

The second was the building of a monetary payments system capable of accommodating a modern industrial society.

Each of these banking examples are probably best understood as “process” challenges, although branch limitations are certainly political at their source.

Our entire national political system is currently engaged in the fate of Obamacare. The effects on the healthcare industry will be profound. Consider that approximately two thirds of the aggregate revenue stream is comprised of Medicare and Medicaid and that they are breakeven at best compared to cost. Private insurance, the remaining third or so of revenues, is the source of all of the industry’s profit.

What about a single-payer system? The impacts on revenues are relatively foreseeable, but are the costs bearable in terms of the political context? Significantly increased cost-sharing funded by government is a discussion that this nation has not yet had.

It seems to me that the banking industry has no political challenges quite as stark as the future outlook for the composition of our revenue streams. Yet even Dodd-Frank, as draconian as its impacts have been, is less impactful on our business models than the challenges surrounding the federal funding of Medicare and Medicaid.

So it seems at first blush. But is that necessarily the case?

Government encroachment on our business

What about the calls in the wake of the Wells Fargo sales scandal to break up the big banks, those alleged to be “too big to be managed?” (Or, in the case of Sen. Elizabeth Warren, for the government to fire the entire Wells board.) Under what set of political assumptions does that threat become real? What would be the result to the world-wide competitive position of the largest banks if they were forced to shrink by radical divestitures mandated by government?

We have seen threats to the independence of our businesses by thinly veiled attempts at rationing types of credit or eliminating types of business that banks may engage in. Such activities are occurring right now and the success of the industry’s pushback is uncertain.

While it’s perhaps excessively “dramatic” to speak of a nationalization of our business, many senior practitioners are concerned about tendencies in this direction. We have dealt with the Community Reinvestment Act within the working lifetimes of all of us. But consider the many requirements in the alphabet soup listing of federal regulations that deal with matters of “public policy” that the politicians have off loaded onto the banks—truth in lending, fair credit reporting, equal credit opportunity, and fair housing just to mention a few.

It’s not that these are not socially useful objectives, but they are not core issues of the business of banking per se. What else may be coming, even on President Trump’s watch, in the guise of social utility that may prove to be much more invasive and disruptive to our existence as “private industry”?

Going to the real source of our difficulties

Considering our challenges, our trade associations have concentrated the bulk of their resources and efforts on the legislators—the politicians who can control much of our destinies by their biases and responses to their constituents.

Might we have better ultimate legislative outcomes if we were to shift a major component of our resources to educating the banking public—the constituents of the politicians?

It seems that our industry’s efforts have not yielded either the desired results or a hospitable climate for positive change.

Techniques and approaches showing promise for one important segment of our economy may well benefit another. It seems senseless to continue to pursue political objectives with means that have demonstrated significant shortcomings in recent years.

It’s time for a new paradigm.

And maybe we have some possible bedfellows in this long-term struggle that we have not previously appreciated.

More in this category: « What are credit signs telling us? When a lender is on the spot… »
back to top