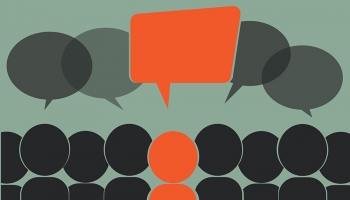 In an apparent extension of its feedback process, following a widespread backlash, the DOL has now sent letters to RIAs throughout the industry for their feedback according to the American Society of Pension Professionals and Actuaries (ASPPA).

In a recent blog about this request for feedback from its members, ASPPA has questioned why the DOL did not seek their input before making its proposal.

ASPPA’s scepticism stems from the fact DOL reached out to pension plan sponsors earlier in the year with similar questions about ESG investments. However, when pressed, the DOL has refuted the two initiatives are linked.

Nonetheless, ASPPA has said the requests being sent to RIAs now appear “quite similar” to the letters sent to plan sponsors earlier in the year.

The proposal in question would inhibit U.S. pension funds from making ESG investments unless the criteria was clear enough it would already meet generally accepted around asset management and portfolio strategies.

As a result, investment managers would have to prioritize financial returns when considering an ESG investment for their portfolio.

At the time the DOL made this announcement, Secretary of Labor Eugene Scalia said: “Private employer-sponsored retirement plans are not vehicles for furthering social goals of policy objectives that are not in the financial interest of the plan.”

The backlash to this proposal has been widespread. With just 30 days given by the DOL for stakeholders to express their thoughts, two Democratic lawmakers officially protested for more time.

Senator Patty Murray and Representative Bobby Scott complained that the period given was “an insufficient time for the American public to review and respond to a complex, 123-page rule.”

At the same time, many asset managers have expressed their disagreement with the DOL’s notion that ESG criteria do not belong in a portfolio.

The U.S. Impact Investing Alliance, which represents investors accounting for over $80bn in assets, published a 14-page letter addressed to the DOL which criticised the department’s logic.

The letter read: “Such is the value of ESG factors that increasing numbers of investors are applying sustainability considerations to their entire investment strategy as a default option. The proposed rules, would, therefore, create an unnecessary burden and interference in a well-managed, risk-aware investment process.”