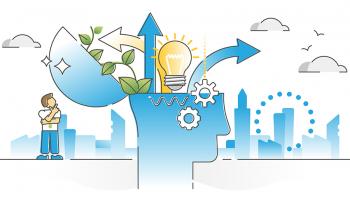 The Department of Labor (DoL) has said that it will not enforce rules that restrict the use of socially responsible investments in retirement plans.

The ‘Financial Factors in Selecting Plan Investments’ rule – introduced last year – would have prevented private pension plan fiduciaries that fall under the Employee Retirement Income Security Act of 1974 from sacrificing financial returns or taking on additional risk when considering investments.

Most commentators saw this as an effort to restrict fiduciaries from taking environmental, social or governance issues into account as part of their investment processes.

Meanwhile, the ‘Fiduciary Duties Regarding Proxy Voting and Shareholder Rights’ rule would have meant plan fiduciaries would not have to vote on every proxy matter.

It required plan fiduciaries to select investments and courses of action based solely on financial considerations relevant to the risk-adjusted economic value.

Having finalized the rule in November last year, the decision now not to enforce the rule is a significant move away from the Trump administrations negative stance on ESG.

The rule had already drawn criticism from some in the retirement-planning and investment communities, including claims from the Investment Company Institute that the DoL did not sufficiently justify its reasoning behind the proposal.

Protecting retirement savings was a “core mission” of the DoL and a “chief public policy goal” for the US, said Secretary of Labor Eugene Scalia in a statement when the rule was finalized on October 30.

The Biden administration had said that it would seek to unwind the rules, and Labor Secretary nominee Marty Walsh last month stated he would push the DoL to revisit them.

In a statement this month, the DoL said that it would now take a “hands-off approach” to the rules.