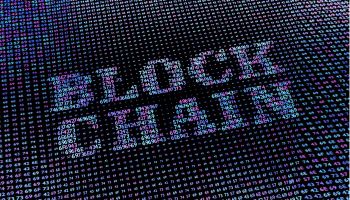 For more than a year many observers have predicted that blockchain, or distributed ledger, technology not only will disrupt the financial services industry, but will turn it completely on its head.

For example, here’s this breathless observation recently issued by Capgemini.

“Blockchain is a game-changer in the industry and no financial services firm can afford to ignore it,” says Anirban Bose, global head of Banking and Financial Services. “Blockchain is a good architecture to consider as the velocity of financial transaction processing increases, as it can reduce processing time from hours to minutes while providing unprecedented levels of transaction security.”

Like anything new in technology, though, enough time has passed for cooler heads to provide some perspective. Here is this from a recent report from Aite Group: “Despite blockchain’s glamor and hype, banks should make sure corporate clients’ enthusiasm for it matches their own.”

Aite’s point being, while banks might eye blockchain’s potential to improve operational efficiency, security, client service, and revenues, their own customers might not share that urgency, or at least not yet.

Still, as Accenture notes in its own announcement of a blockchain practice and alliance for financial services, Aite itself predicts investment in new blockchain-enabled financial technologies will more than quintuple over the next four years, from an estimated $75 million in 2015 to $400 million by 2019.

And yes, Accenture itself can’t stay away from adding to the enthusiasm.

Celent, perhaps, finds the best middle ground between blockchain hype and hope, although its recent report titled Blockchain: Beware the Hype would have one thinking otherwise.

“While there is no doubt that it is an exciting technology, with much of its potential yet to be revealed, it is also clear that it is not an answer to all the world’s problems,” says Zilvinas Bareisis, senior analyst at Celent’s Banking Practice. “Rather than blindly jumping on the blockchain bandwagon, we encourage our clients to think carefully about suitability of technology for the business problem at hand. The industry’s most thoughtful practitioners are deconstructing blockchain technology to its fundamental components and are looking for ways to assemble the most attractive features in a way that makes sense for financial services.”

The level-headed people among those looking at applying blockchain technology therefore are those who seek to match the technological capabilities to specific use cases where they make the most sense.

Cryptocurrencies, for example, which first brought distributed ledger technology to widespread knowledge, have turned out to be, and will continue to be, niche payment systems at best—again, according to Celent.

Where and what will blockchain disrupt?

However, the question arises: What could blockchain be used for that will be legitimately disruptive?

Some of those “thoughtful practitioners,” as Celent mentions, have come up with some examples in the past few months:

• SWIFT polled 1,200 financial services professionals at a London forum, of whom 31% said blockchain can make the biggest impact in securities settlements and reconciliation, perhaps in the next five years.

• In a separate report, IDC says financial institutions, vendors, and others should revisit blockchain in the payments arena.

“Blockchain has emerged during a time of incredible change in the payment space,” says James Wester, research director at IDC. “Even though banks and technology vendors are grappling with many issues right now, they should pay particular attention to blockchain. It represents a complete shift in the way electronic transactions have been handled for decades.”

• BearingPoint Institute relates blockchain technology to cryptofinance payments made directly between payer and payee, seeing a reduction in processing time from 24 hours per transaction to 0.1 seconds.

• The Depository Trust and Clearing Corp. teamed with Digital Asset Holdings to develop and test a distributed ledger-based solution to manage the clearing and settlement of U.S. Treasury, Agency, and Agency mortgage-backed repurchase agreement transactions, known as repo agreements. Blockchain is being considered here primarily because of its real-time information sharing capabilities.

“Distributed ledger technology has the potential to revolutionize certain post-trade processes that are inefficient and complex, and repos are a great place to start,” says Mike Bodson, president and CEO, DTCC. “There are absolute opportunities to make clearing in this area much more efficient.”

• IBM, of course, is all over blockchain, particularly applying it to cloud and security applications. For example, one of its clients is BNY Mellon in a project to accelerate the design and development of an application for securities lending, using a blockchain network to trade and transfer assets.

So there’s both potential and steps being taken to realize that potential regarding blockchain.

It’s important at this particular moment, though, to keep things in perspective.

“We believe the blockchain ledger space will be a marathon versus a sprint, given the myriad of technology, business process, and regulatory opportunities and challenges that need to be addressed and solved.

“However, firms should be actively researching blockchain ledger solutions today and deploying experiments and proof-of-concept projects. As distributed ledger technology gains momentum, it will be harder for firms to catch up with leading firms and market participants that are working with these technologies now.”

The Bank of England recently announced a series of major initiatives, some of which involve blockchain technology. Read “Bank of England outlines fintech plan.”

Are Banks Ready For Blockchain?

Blockchain Technology: Disruptive Forces In Financial Services, According To IDC

Tagged under Technology, Blogs, Making Sense of it All, Blockchain, Feature, Feature3,

More in this category: « Looking for cyber culprits? Check the corporate directory Hang on—Big Tech is remaking banking »
back to top