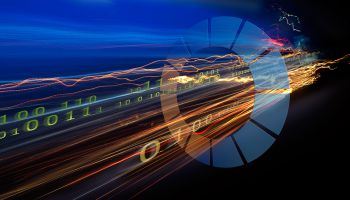 It is truly astonishing how fast interest in blockchain technology has grabbed the banking industry’s attention. Even more astonishing is how that attention has accelerated into testing, proofs of concept, and industry advocacy.

An understanding of this astonishing phenomenon can be inferred from announcements just in recent weeks of various developments:

• An IBM survey found that roughly 65% of the banks it polled plan to have full-scale, commercial blockchain solutions in place in the next three years; this includes 15% that see this happening next year.

• D+H and Rabobank executed payments across borders in near real-time using blockchain technology.

• CGI said it is the first commercial enterprise to implement the Ripple Validator Node to confirm distributed financial technology transactions on that network.

• The DC Blockchain Center opened in Washington, D.C., providing a forum for government and private interests to explore the technology and its implications.

• J.P. Morgan Chase and Co. tested the security of a publicly available blockchain system when used for secure transactions.

More on these in a bit.

Who knows how many other conversations covered these in sessions focusing on payments, real-time transactions, and emerging technologies? Bear in mind that SIBOS is arguably the most prestigious international financial technology meeting.

Blockchain is a strong blip on the financial sector radar, and it’s approaching fast.

How wide will “Valley of Disillusionment” be?

To be sure, the financial services industry always has been and likely always will be conservative—on the whole. Here’s how TABB Group, which consults for the capital markets industry, puts it:

“When it comes to blockchain, the hype cycle is over and the valley of disillusionment is dead ahead. Blockchain—which has captured the imagination, not to mention the funding, of the financial services industry—now needs to deliver real-world material benefits.”

However, the group’s observation shifts quite suddenly:

“The good news is that there are in fact a great deal of benefits available for blockchain to capture within the capital markets industry. And while there is significant foundational work that still needs to happen, a clear vision and execution path for blockchain is emerging.”

It is not too great a leap to say that this same sentiment applies to the banking industry.

Celent, in fact, says it this way in recent report and accompanying blog: “Distributed ledger technology, often referred to as blockchain, threatens to disrupt the sector with its potential to improve visibility, lessen friction, automate reconciliation, and shorten cycle times.”

Celent goes on to list four specific use cases in which financial institutions could apply blockchain:

“In what seems like unprecedented collaboration between financial institutions and technology providers, consortia are working on accelerating the development and adoption of [distributed ledger technologies] by creating financial grade ledgers and exploring opportunities for commercial applications,” Celent concludes.

Celent cautions, though, that the practical application of the technology depends on resolving issues of interoperability, confidentiality, a regulatory and legal framework, and more.

Which makes the September announcements mentioned above, and no doubt many others soon to come, that much more interesting.

• Rabobank Group operates in 40 countries, making interoperability and payments across borders through blockchain “a game changer,” says a D+H release.

• J.P. Morgan’s blockchain test specifically targeted the security aspects of the technology, and Royal Bank of Scotland’s use of simulated transactions at scale reflected the need to validate security in high-volume traffic.

• The CGI/Ripple collaboration seeks to provide a “solution-agnostic, transformational wrapper around a client’s payment processing systems.”

• The DC Blockchain Center plops the technology right in the laps of federal regulators and Congress. This should raise visibility and urgency. It’s a partnership between the Chamber of Digital Commerce—the leading trade association for the blockchain industry—and an entity called 1776, described as a public benefit corporation that scouts and funds high-growth startups.

As for the study by the IBM Institute for Business Value, it clearly sees competitive advantage for those financial institutions that are early adopters of the technology.

So, you want to be a blockchain leader?

IBM, as techno-frantic as it is, offers some advice to financial institutions considering becoming first movers. The IBM study recommends that banks and financial markets institutions answer these three questions:

1. How fast should we move?

Trailblazers are setting a fast pace and they may also have an advantage. Mass adopters should look to trailblazers for lessons learned. However, they should be prepared to enter the market as soon as possible.

2. How can we scale across business networks?

Once blockchain technology has scaled across multiple participants, early players can anticipate achieving the kind of network effects that can drastically reduce the frictions that curb growth.

3. How can we innovate with new revenue models?

As new entrants and new business models emerge, banks may be forced to defend current revenue streams or move to where the money will flow next.

Blockchain in your future

The writing seems to be on the blockchain wall.

Aite Group, in its own study, puts it this way: “At the end of the day, migrating away from legacy systems and adapting to a new business model with enhanced workflow efficiency is an inevitable trend for financial institutions, and the emerging [distributed ledger technologies] are without a doubt a big part of it.”

Sources for this story include:

Beyond The Buzz: Exploring Distributed Ledger Technology Use Cases In Capital Markets And Corporate Banking

Blockchain Use Cases For Corporate Banking

Blockchain Adoption Moving Rapidly In Banking And Financial Markets: Some 65% Of Surveyed Banks Expect To Be In Production In Three Years

Blockchain: Just One Piece Of The Puzzle

Tagged under Technology, Blogs, Making Sense of it All, Blockchain,

More in this category: « Data breach threats never take holidays All customers are always right—right? »
back to top