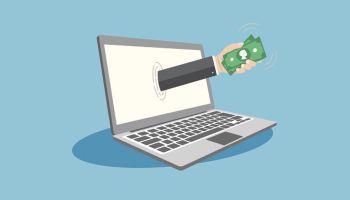 CapGemini study advises that banks try out the technology as they can, but also put aside hype and use it for applications that really make sense.

There seems to have been a subtle but discernible change in attitude toward blockchain technology.

Six months or so ago, at Consensus 2016, an industry meeting, a speaker said, “I keep hearing that blockchain is the answer. But what’s the question?” And that was at a meeting of blockchain believers.

Now, there seems to be less feeling about blockchain being a cousin of bitcoin, so to speak. There’s a sense of when—not if—regarding adoption.

Six months ago, Cant continues, companies were in a hurry to launch proofs of concept. “They didn’t know what they were going to solve at the time,” says Cant, in an interview with Banking Exchange. Now active players have had some experience, and a cautious but urgent message is being heard, according to Cant.

What he’s hearing is that companies doing proofs of concept don’t want to keep on spending tight resources on experimentation alone. They want to do things that they will get paid for.

Cant had just attended a blockchain conference prior to the interview.

“I was surprised,” he says, “to hear from a number of companies that they are willing to take that step forward, going from proof of concept to the pilot stage.”

Blockchain for all banks

The largest banks have been among the organizations participating in consortia and other joint and individual projects dealing with blockchain concepts.

“Certainly the biggest banks have been taking the lead,” says Cant. However, he says CapGemini sees the blockchain serving the needs of mid-tier and smaller banks and their customers. And this may come sooner than some think.

Cant believes the main challenge will be for smaller financial institutions to be able to get involved at a proportionately lower cost. He doesn’t see this as an insurmountable challenge. And it is true that many aspects of technology can be scaled to the needs and resources of smaller institutions.

The CapGemini expert made these remarks in discussing a new report from the firm, Smart Contracts In Financial Services: Getting From Hype To Reality. The paper states that:

“Smart contracts, enabled by blockchain or distributed ledgers, have been held up as a cure for many of the problems associated with traditional financial contracts, which are simply not geared up for the digital age. Reliance on physical documents leads to delays, inefficiencies and increases exposures to errors and fraud. Financial intermediaries [such as exchanges], while providing interoperability for the finance system and reducing risk, create overhead costs for and increase compliance requirements.”

There’s nothing there that leaves out any size of bank. The firm’s study, drawing on original and secondary research, concludes that smart contracts can trim risks, lower administrative and service costs, and produce greater efficiency.

Nick Szabo, the computer scientist who coined the term “smart contracts,” in a 1997 paper, once described them in essence as virtual vending machines. That is, fulfill certain requirements, such as inserting the proper coins in the right amount, and the contract (machine) dispenses the contractual goods, such as a candy bar.

Simple principle, but like much that is financial, a bit more complicated in practice.

The firm’s paper presents multiple cases where financial institutions could benefit from adoption of smart contracts and explores the challenges to making these possibilities a reality.

The two uses covered in the report that are most relevant to banks concern syndicated loans and mortgages.

Cant says that syndicated lending presents an especially appealing opportunity because for this activity, “blockchain technology is really a big step forward.” Much of this kind of credit relies on manual and outdated processes, so adding blockchain to the mix would significantly upgrade matters. The report states that blockchain would significantly cut settlement time and lower operating costs.

As for home lending, the report suggests that U.S. consumers could save nearly $1,000, in some cases, on the costs of home borrowing. Lenders could potentially save billions through lowered processing costs.

Among the challenges are relevant law and regulation.

The old saw says that possession is nine-tenths of the law, and while this has been interpreted in very different ways, one that makes sense is that a good portion of U.S. law deals with ownership, and how, why, and when it changes hands, and how that is finalized and later evidenced. For banks, little could be done, or enforced, without law—and even some regulations.

In the case of blockchain, “technology is ahead of the law,” Cant believes. Many issues, ranging from confidentiality and privacy issues to the “immutability” of the blockchain, fall in a gap between blockchain science and traditional contractual law.

“The legality of financial smart contracts has yet to be established,” the report states, noting that Vermont has taken some preliminary steps towards recognizing smart contracts in state courts. The National Conference of Commissioners on Uniform State Laws, which drafts model legislation in many areas for states to adopt and adapt, has a group working on the law of virtual currencies, but not one on smart contracts.

“Companies may need to recruit ‘coder-lawyers’—a very rare combination of skills that combines a solid understanding of both law and computer programming,” the report states. It also points out that academic institutions, while continuing to study the issues smart contracts imply, have already begun offering courses on the subject.

Regarding immutability: This is the concept in the blockchain world that once a contract is set up, it could not be easily changed. In fact, this issue drove the recent proposal by Accenture to create an “editable blockchain.” The firm’s concept leaves Cant cold.

“We were very surprised to read about that,” he says.

Synching with the regulators

In a related vein, the report states that financial supervisors need to catch up on this front. The report points to New York State’s “BitLicense” as a step in this direction. In 2015 the Conference of State Bank Supervisors issued a model regulatory framework for virtual currency activities.

More broadly, Cant expects regulators to pay more and more attention to banks’ blockchain efforts as they progress past the proof of concept stage.

“They’ll want to be sure banks are getting involved in this in a sound legal framework,” Cant explains. For the banks’ part, he adds, as they move further into this technology it will be up to them to be sure the regulators are on the same page.

The report adds, in the spirit of its title, regarding cutting through the hype about the blockchain, that banks must try out smart contracts sooner rather than later, but not fall into thinking that they represent a solution to everything.

“Smart contracts present an exciting, transformative opportunity for the financial services industry,” the report concludes. “However, as with all breakthrough innovations, organizations need to be careful about differentiating between what is hype and what is reality.”