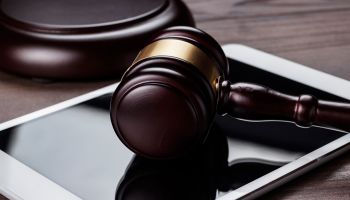 As enthusiasm reigns over the rising price of Bitcoin, the Federal Reserve has given a reminder that the financial system has a long way to go before implementation of distributed ledger technology becomes practical. And while more central banks entertain the idea of issuing digital currencies, the Fed also took a sobering look at this concept that was tepid at best.

Speaking before a gathering at Yale University sponsored the Weil, Gotschal & Manges law firm, Federal Reserve Governor Jerome Powell covered three key digital issues: distributed ledger technology and use of the blockchain by banks and other financial companies; government digital currencies; and the advent of faster-payment technologies in the U.S.

• Immediate future will be “permissioned.”

Powell noted that Bitcoin, which ushered in use of distributed ledger, relies on open architecture. Most work by the financial services industry, however, has concerned “permissioned” systems, in which only authorized participants can access relevant data, functions, and systems.

“In the near term, this approach seems more likely than fully open systems to provide the needed governance and management to address operational, security, and financial risks,” said Powell. This would follow existing practice for such systems and information, he added.

Powell said that even the work on permissioned systems has outstanding issues. Two that he cited are the ability of participants to view other parties’ transactions and the issue of what will be accepted as final settlement.

While enthusiasts back open systems, Powell said, “payment, clearing, and settlement, safety and confidence must also weigh in the balance.”

Many practical issues remain before implementation can be considered, according to Powell. Among the matters outstanding are reliability, scalability, security, standardization, and interoperability.

“It will be important to keep these challenges firmly in mind as we move beyond experimentation and into the development and deployment of new products and processes,” said Powell.

• Governance and risk management will be critical.

Implementation can take different paths. For existing organizations, adoption of the new technology could be handled much as a tech upgrade. However, new networks designed to use the developing technology will require development of rules, protocols, and more.

Safety is an obvious Fed concern. “If automated risk management, smart contracts, and similar tools are deployed across a network, cascades of rapid and hard-to-control obligations and liquidity flows could propagate across a network and the financial system in response to events,” Powell said.

• Legal structures for the new technology must be considered.

The most enthusiastic believers in distributed ledger technology would hold that the technology itself is the solution in this space. That is clearly not the answer, in the Fed governor’s view, especially when multiple legal jurisdictions will be involved.

“Which bodies of law apply to the particular firms, assets, and activities will determine the associated rights and responsibilities when transfers are made, cleared, and settled,” said Powell.

The idea of a government-issued cyber currency—one variant discussed theoretically in this area is “Fedcoin”—for the use of the general public has had appeal in some quarters.

“While this is a fascinating idea,” said Powell, “there are significant policy issues that need to be analyzed.”

Powell said central banks should have “serious reservations about our ability to keep a generally circulating digital currency safe and secured over the long run.”

The Fed governor suggested that any digital “coin” issued by a central bank would be a target for cyber attacks, cyber counterfeiting, and cyber theft.

“The threats could significantly exceed historical experience with paper currency,” said Powell. He suggested a new digital currency would attract the attention of money launderers as well.

Government digital currency also raises privacy issues, Powell believes. As any such medium of exchange became used in daily commerce, it would require recordkeeping on the level of that maintained by the credit card payment system, for example.

“Such records in the hands of a central bank or government entity, however, could raise serious privacy concerns by uses,” said Powell, “and might limit public appeal.”

Two payments initiatives have been progressing under Fed oversight, one on faster payments and one on secure payments. Powell said the work of the Secure Payments Task Force would be seen later in 2017. He concentrated in this speech on the Fed’s Faster Payments Task Force.

Powell said the task force reviewed 19 faster payments proposals. The report section revealing these—and the task force’s assessments of them—will be issued in the middle of 2017, according to Powell.

“Until then, the proposals remain confidential,” he added. The second part of the report will also discuss recommendations for implementing faster payments.