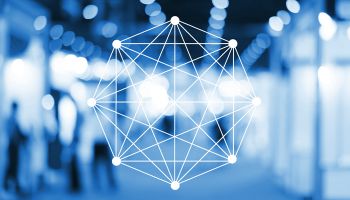 Financial technology and related tech can be a swirling mass of ingredients these days. Everything from faster payments to APIs to blockchain and cryptocurrencies to geolocation and big data, plus new twists on existing technologies, resemble a dozen or more ingredients poured into a kitchen mixer. Some ingredients seem to blend more readily than others, but they are all in the same bowl, all in motion. What will pour out in the end?

Ben Jessel, managing principal at the fintech consultancy Capco, says that he foresees a “convergence of all sorts of technologies” in time. Combining technologies becomes increasingly easier, he explains, so that “you can snap things together,” somewhat like Lego or other children’s construction toys. This will dramatically decrease development time and cost, permitting quick assembly of new infrastructures that will enable new services that haven’t even been conceived yet.

This prediction comes from Jessel in answer to the question, “What comes after blockchain technology becomes mainstream?” He sees that event coming only three years off, but even that will only be a waystation on the way to bigger things. Solutions bred from multiple technologies will result as products increasingly grow from multiple roots.

Jessel says he came into the blockchain world through the payments business. He says he saw how much liquidity was trapped in settlement processes, where transactions can take days to accomplish under traditional approaches.

“That’s where the lightbulb went off for me,” says Jessel. “There is so much liquidity trapped by inefficiencies of process.”

He points to many banking processes that remain mired in paper, even though automation has been available for years. Mortgage lending, for example, remains a heavily paper-dependent business, he says, where transactions can still move glacially.

Processes can be improved as technology further infiltrates the traditional, he says. He points to a joint pilot effort of Capital One’s treasury management function and Gem, a blockchain startup, to speed payment of claims in nursing homes. The arrangement was announced last fall.

In the healthcare business, “providers often don’t get paid in a timely fashion,” says Jessel. The pilot involves connecting providers’ systems to a blockchain that would also be connected to the systems of insurance companies and banks. Participating in the permissioned blockchain—one open only to authorized users—care information would flow more quickly as would approved payments.

A process like this takes the “friction” out of a payments process that often drags on and on.

Where will the focus be here?

This is the kind of arrangement that underscores the potential of blockchain technology married to other processes, according to Jessel, who describes himself as a “blockchain evangelist.”

He sees three areas as early ones for mainstream adoption of blockchain in the U.S. These are payments, such as the Gem/Capital One pilot; identification; and supply chain management.

Regarding identification, Jessel sees a shared blockchain identity service bureau as assisting banks that face know-your-customer requirements. Such a system would be a sort-of library of identifications that could be drawn on, instead of each institution performing its own KYC processes.

In the third application, he points to a joint effort by Walmart and IBM to apply blockchain technology to the food supply chain, to help verify food origins and to ensure delivery of safe and fresh food. The pilot is underway in China, currently. Numerous details, including expiration dates, storage data, and shipping information, would be tracked in a blockchain process.

Supply chain management is one place where Jessel sees a natural utility for small businesses that want to be certain about the goods they receive. He sees this as a strong interest for franchise systems, where goods leave headquarters and meet the public in local franchisees’ operations. Jessel says it’s possible that franchise systems might develop their own cryptocurrencies for use within their supply blockchains, rather than using “fiat” (government-issued) currencies as is now the case.

Right in the wallet

At present in the U.S. blockchain-based currencies, called “cryptocurrencies,” remain something of a curiosity.

Jessel himself, as a devotee, carries a bitcoin wallet on his smart device. He uses a wallet app from Coinbase, a firm that offers an app that enables buying and selling of bitcoin, ether, and litecoin. Among the app’s features are the ability to connect to a bank account to enable transactions, including the ability to convert digital currency holdings into local currency. The wallet enables sending cryptocurrency to friends and payment at point of sale at merchants who are set up to accept digital currency. The company states on its website that it works in 32 countries and has handled $20 billion in transactions.

Things could be quite different someday. Currently, Jessel points to Argentina.

“It’s one of the most bitcoin-literate countries in the world,” says Jessel, in part because of the massive inflation seen there. Bitcoin is seen as a secure store of value. (Interestingly, the root of “Argentina” itself is the appellation “Tierra Argentia,” or “land of silver.”)

Jessel says many purchases—even a meal in a coffee shop—can be transacted in bitcoin in Argentina.

“It’s used much like the way you see Venmo being used here,” he explains.

Apps used there essentially rely on bitcoin as the “rails” for payment, converting the cryptocurrency to fiat currency which the recipient takes.

One stumbling block to wider use of cryptocurrency, says Jessel, is that it remains a bearer instrument at present. If you lose your cryptocurrency wallet, you’ve lost your “coins.”

The framework for retaining ownership in spite of such an event isn’t there yet, says Jessel. But he says it will be in time.

This is already beginning. On its website, Coinbase describes multiple measures to address the kinds of concerns Jessel mentioned. Indeed, it also makes a point of saying that Coinbase employees are subjected to criminal background checks.